Nestled in the Brecon Beacons, with Table Top Mountain peering out from above the main stage, Green Man in South Wales is easily one of the UK's most beguiling festivals. Twenty years in, it’s won a dedicated band of followers — and as one of the few, fully-independent, medium-sized UK festivals eschewing corporate sponsorship, it's a rare example of a festival growing and evolving while avoiding the homogeneity that so many have fallen foul to.

For someone who’s never been, it’s a bit like taking Glastonbury's Park Stage, the Healing Fields and John Peel tent and dropping them in, arguably, the nicest setting of any UK festival. All combined with a gorgeous stage set inside a walled garden, a beer festival and one of the friendliest crowds you’re likely to meet at a festival.

The event found fame for bringing the likes of Joanna Newsom to the UK for rare festival sets and generally has an indie and folk bent, but there’s always been an electronic undercurrent. In 2019 Four Tet headlined while the likes of Erol Alkan, Mount Kimbie, Floating Points and James Blake all passing through over the years.

Read this next: A little rain won't dampen this party: Westival brought a slice of rave euphoria to rural Wales

However, 2022 saw Green Man find its beat more than ever. With headline sets from Kraftwerk and Bicep plus late-night excursions with Optimo and Sofia Kourtesis, this was the strongest dance line-up at Green Man yet. 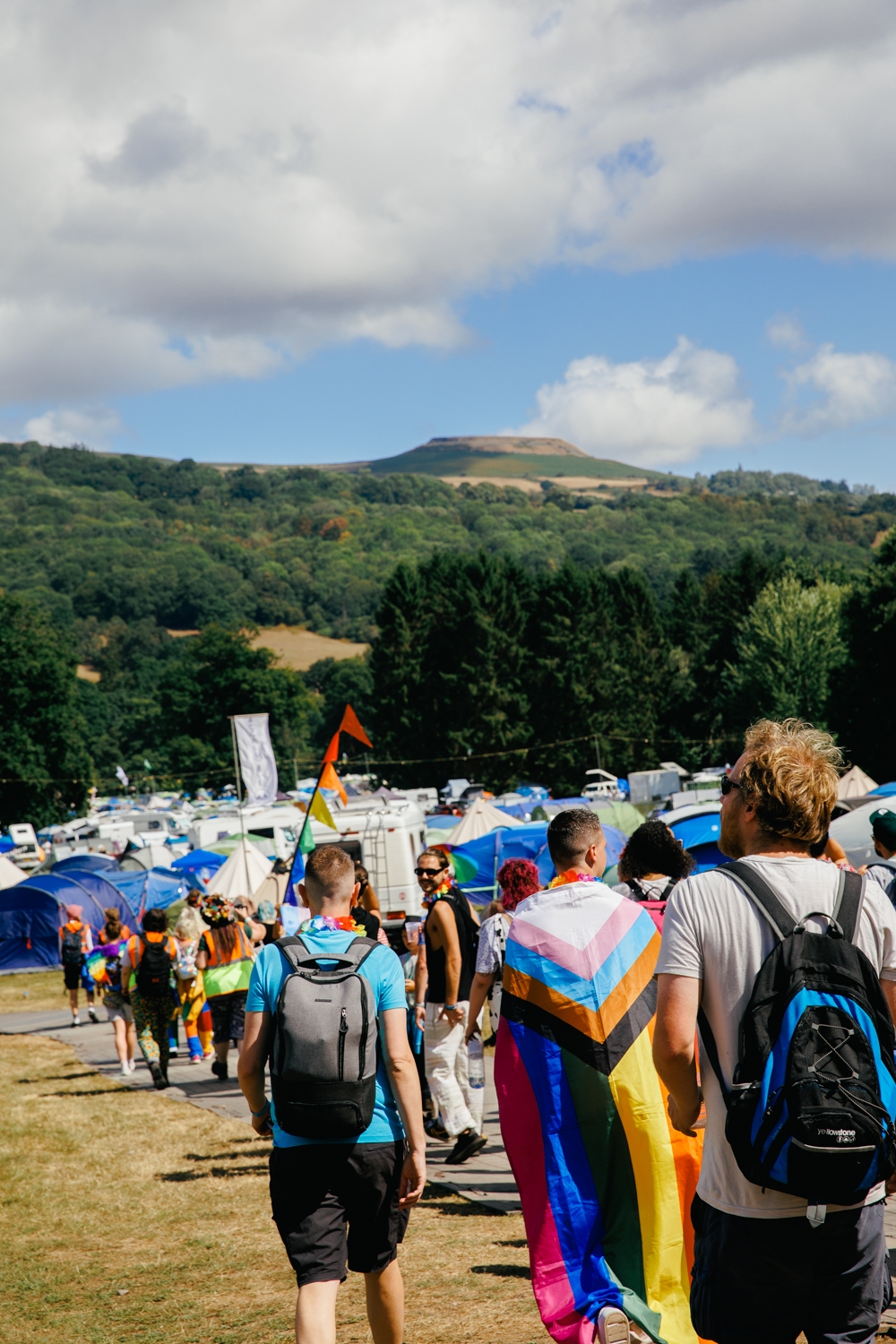 Arriving on Friday afternoon we head straight to catch Bristol's Grove and their band in the Far Out tent. “Hi Green Man, we're Grove and here to make a bit of a racket.” And they are not wrong. Dressed in tartan and leopard print dungarees with a cartoonish cyberpunk aesthetic they rush through a set that touches on 2-step, jungle and dancehall (‘We love being gay and we love dancehall,’ they proclaim before one track, perhaps a reference to criticism sometimes thrown at the genre for homophobic lyrics) and launches into a series of tirades against landlords, poor working conditions and wages (“Join yourself a union, we ain’t being treated right.”) This kind of "issues-based" performance can sometimes feel lecturing when you’re at a festival trying to escape the harsh realities of the world — but Grove carries it off with such force and positive energy that they leave a sizable crowd feeling empowered and energised by the end of their set.

Friday ultimately belongs to one act though. Bringing Kraftwerk to Wales is quite a coup for Green Man and there’s something wonderfully bizarre about watching four men trying their best to look like robots play live in this most pastoral of landscapes. Kraftwerk has always been about forward motion and they simultaneously sound like the past 30 years of dance music, while still sounding like its future. Tracks from classic albums like ‘Computer World’ and ‘Trans-Europe Express’ have been beefed up with modern sound technology and there are obvious echoes of the music they influenced in their tracks, from Detroit techno to French filter house. Retro style graphics of cars, trains, motorways, spaceships and bicycles come hurtling from the screen if you are lucky enough to nab a pair of Kraftwerk 3D glasses, and while the 3D show can fall a little flat at times (no pun intended), the fact that the glasses remove your peripheral vision means it’s easy to get fully locked in for a more intense experience. 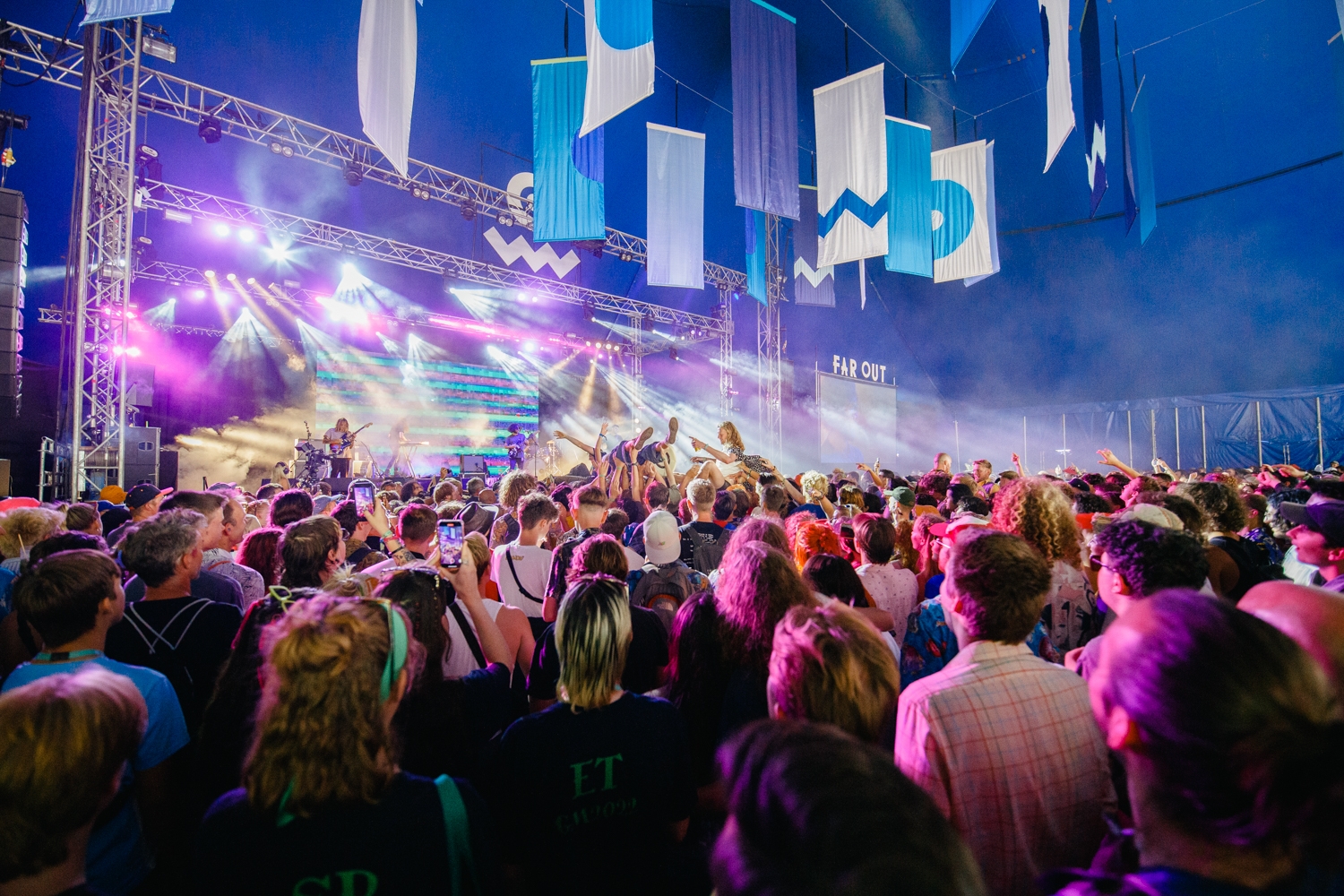 Over in the Far Out tent, Berlin-based, Peruvian producer Sofia Kourtesis takes us into the early hours. Kourtesis has singled herself out as one of the most interesting producers in house music right now with tracks like ‘La Perla’, a recent José González remix and an Essential Mix under her belt. Kourtesis' late-night Green Man set touches on her intrinsic musicality but pulls no punches when it comes to providing the dancefloor thrills the crowd so obviously want.

Saturday begins with the neo-soul-tinged sounds of Leeds trio Gotts Street Park emanating from the Far Out stage. The trio have worked with Mabel, Celeste and Greentea Peng in recent years and their updated take on classic ‘60s Deep South soul and modern R&B is the perfect accompaniment to a few head-clearing bloody marys.

Later on in the small but perfectly formed Rising tent, Manchester’s Porij run through a thrilling set to an absolutely packed tent. The four-piece met at Manchester’s Royal Northern College of Music and have become 6Music favourites for their slick dancefloor-friendly pop.

“This one’s for Katy B,” says frontwoman Eggy before launching into their single ‘Lose Our Minds’, a taut dancefloor bomb reminiscent of the slick, 2-step tinged pop Katy B or Disclosure were making in the early part of the 2010s. Elsewhere in the set, there’s a liquid drum 'n' bass infused number 'for the heads', and a brilliant cover of Radiohead’s ‘Everything in its Right Place’, all brought together by frontwoman Eggy’s caramel-toned vocals. 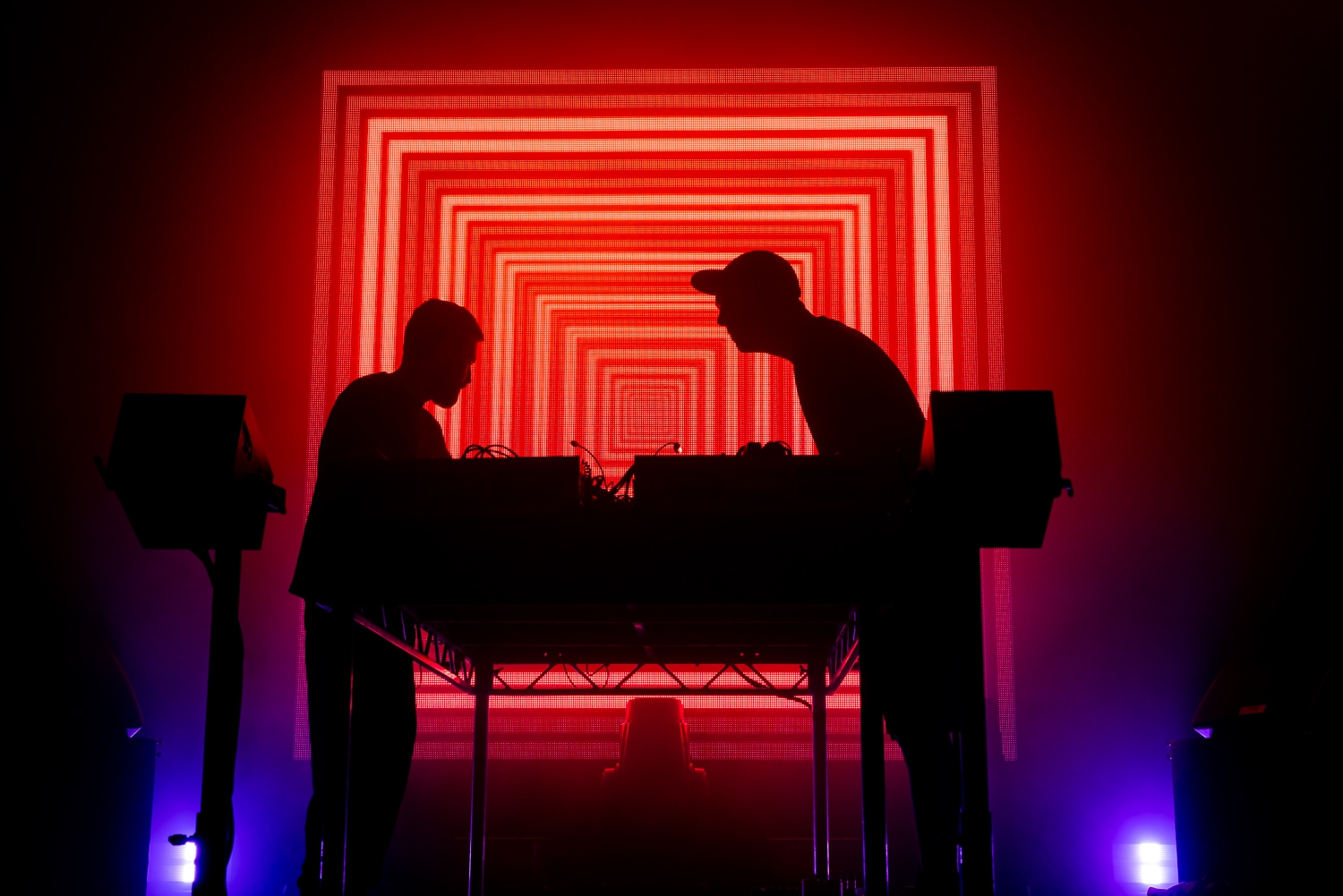 No one’s really in a rush at Green Man and the tent’s usually fill up just as an act starts, so it says something about the anticipation for Bicep’s headline set on the Far Out stage that the area is already half-full a good 30 minutes before they arrive on stage. The Northern Irish duo has been the dominant dance music live act of the past 12 months, with headline sets everywhere from Glastonbury to All Points East to Parklife, and as such, their show is precision engineered to wow a big crowd. The brooding ‘Apricots’ and ‘Altas’ elicit huge cheers from perhaps the biggest audience of the weekend, while a stripped-back, ambient version of ‘Glue’ eventually brings proceedings to a close. At times, the slickness of their performance means there’s a lack of spontaneity or jeopardy but what they might lack in off-the-cuff thrills, they make up for with one of the most consistently great live shows in dance music today.

While following a Bicep headline set is no mean feat, 25 years at the coal face of dance music means Glaswegians Optimo are prepared for every eventuality and pull it out the bag with a storming set of leftfield house and techno which finishes with Fleetwood Mac’s ‘The Chain’ and at one point features Test Dept’s ‘Shockwork’ which samples a recording of a talking miner. “Incredible to have several thousand people happy to hear and cheer a recording of a miner talking about the importance of supporting picket lines,” the duo Tweet a day later. “Green Man’s not your average festival but there IS definitely something in the air.” We couldn’t agree more.