“I find making music quite a painful experience,” jokes Jabes when asked about his production work rate. The London-based DJ and producer, real name George Paul, likens his process to “smashing myself into doors until one breaks and I get through into somewhere new,” much of it shaped around a meticulous approach to sound design that can be heard across his work and that of many of his contemporaries pushing forward-thinking, sub-rattling UK techno.

A number of those like-minded figures within the scene are affiliated with Batu’s Timedance label which put out Paul’s latest EP, a two-tracker called 'Ripples / Body Said No', last month. Packed with the kind of bassweight that followers of the label have come to know and love, the record is firmly designed to twist as many heads on peak-time dancefloors as possible. ‘Ripples’ combines off-kilter rhythmic patterns with a dizzying array of whirring synths and sirens that bring the Shepard tone method of club cuts like ButRic’s ‘Up’ and Axel Boman’s ‘Nokturn (Grand Finale)’ into the UK techno sphere. On the record’s flipside, ‘Body Said No’ centres around beefy drums, a killer bassline and yet more mind-boggling sound FX.

Read this next: Timedance: A new UK techno sound

“It takes me a while to make things I’m happy with, and there’s a long process of refining after the idea is down,” Paul says when pressed further about his studio activities. Despite this, he’s gradually set about carefully crafting a discography in recent years that takes in standalone compilation cuts for labels like London’s GODDEZZ (the breakbeat-indebted ‘Roley Poley’) and Avernian’s recently-founded Lurch (the stripped-back roller ‘Rite’), as well as two previous EPs the klunk label he co-founded released in 2019 and 2020. The latter imprint, Paul says, gave him an outlet for his work at a time when he was considering stepping back from producing music altogether, and the first of those two records ultimately caught the ear of Batu to set off the journey to him releasing his first record with Timedance.

The Timedance EP is clearly a significant milestone for Paul as someone who has admired the much-respected label from afar over the years. Like many other twenty-somethings producing bass-centred music and going to club nights in the UK today, his entry point into this world came from listening to the output of artists like Burial and those affiliated with Hessle Audio. He admits though that it was initially a struggle to meet people who wanted to attend the same events as him when he first moved to London and got a proper taste of clubs for the first time. “I used to go out alone a lot and meet people out and about,” he says. “This was great but it definitely made me feel like I’ve always sat on the peripheries looking in rather than being involved heavily in a scene.”

Below, Paul talks us through how his Timedance debut came about, his love of intense club music, and the collaborative partnership he’s established with fellow UK DJ and producer Happa in recent years. He also delivers a mix that giddily spins through myriad experimental club sounds as Batida from Portugal rubs up against a Gunna instrumental, and a deconstructed remix of Beyoncé’s ‘Ring The Alarm’ gives way to Tanzanian singeli from Bamba Pana of the Sisso collective. 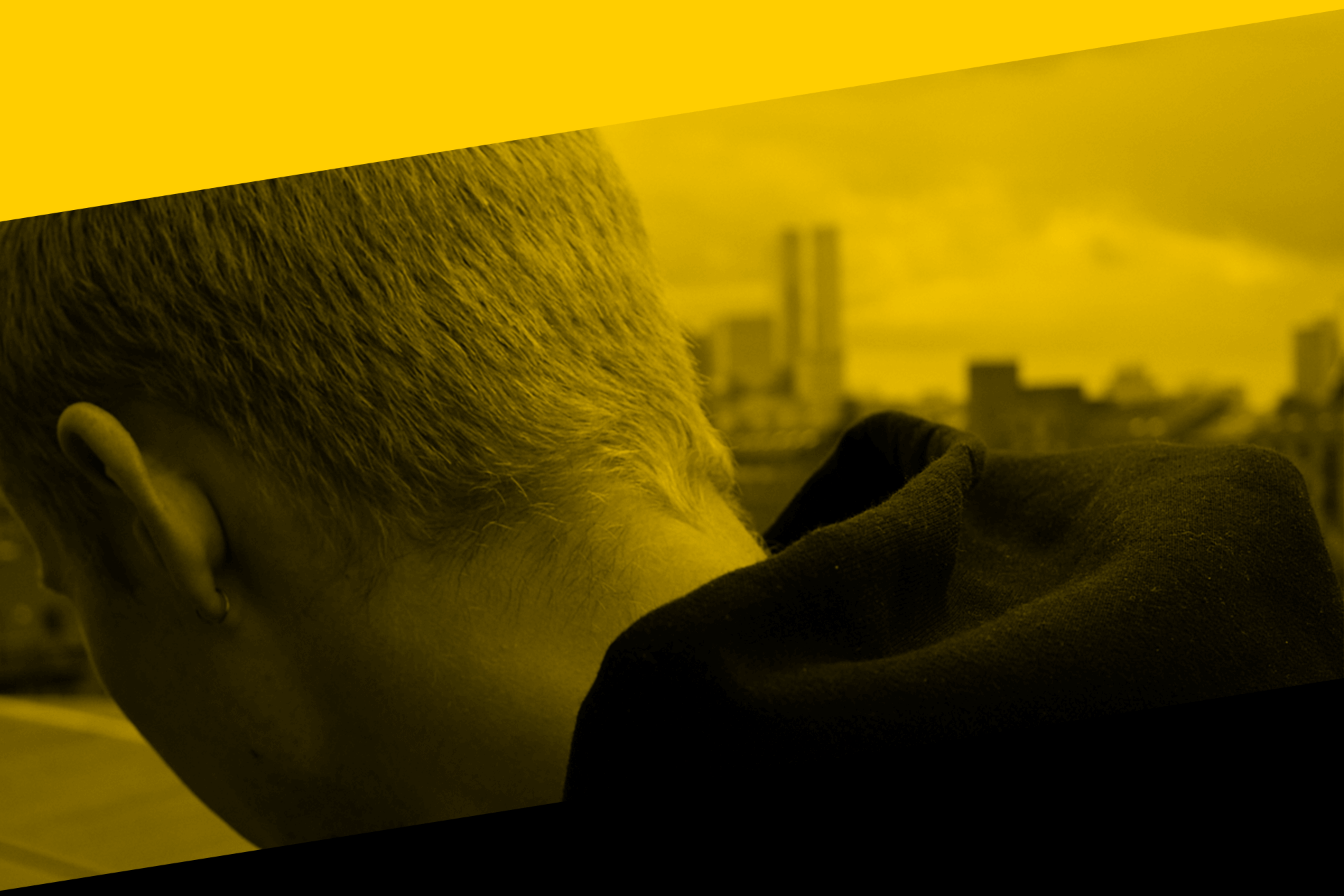 Getting an obvious first question out of the way, can you talk us through how you got into underground dance music in the vein of the UK techno that labels like Timedance release?

I kinda found UK techno and all that in quite an organic way from just growing up here. I used to listen to a lot of trance, metal and hip hop when I was a kid and always loved dance music, but it was when dubstep exploded that I got into it quite heavily. Following that movement, and how it evolved, eventually I just ended up hearing more and more UK techno, especially through Hessle Audio and artists like Blawan.

When did you take up production, and how did you find the learning curve? Was it a long process of trial and error to find a sound you liked?

I started making music when I was around 12 or 13 and getting into electronic music more. I remember listening to Skrillex or something, and it just clicked that this was made on a computer and you could give it a go too! It was quite easy to get your hands on a DAW through torrenting or whatever, and I just downloaded the first one that came up when I typed in “how to make dubstep”. From there I just got hooked and started experimenting, learning it through YouTube and noodling about trying to copy everyone else. It’s funny because I don’t think I’ve hit on a sound I really like still. But a big learning curve for me was just learning how to use audio manipulation and getting into all the sound design stuff that’s possible in Ableton.

Read this next: Slikback is one of the most exhilarating artists in electronic music

Your tracks, much like many others released by Timedance, have a strong emphasis on meticulous sound design. Have any producers and club experiences influenced you in particular in terms of nailing down that element of your sound?

I think getting into sound design really grew out of starting off through sampling. If I sat at a computer with a keyboard I don’t think I’d be able to bash out much that’s very good. I started producing through using samples and manipulating them, and artists like Burial influenced me a lot growing up in terms of building whole worlds through just the way sounds are processed. I need music around me to produce, and I would really struggle to just come up with things in a vacuum. Any music that seeks to build a convincing world or provoke a strong response through sound, I find really inspiring.

Your latest record is your debut with Timedance of course. Can you talk us through the process of how the record came about? Had you been exchanging tracks with Batu already?

Batu reached out to me after the first klunk record came out and from there I just started sending tracks and ideas over, and he’d send me feedback. It was really valuable having someone with a lot of experience as both an excellent producer and DJ giving me feedback on my music, and it helped me to develop a lot since that first record came out. It was an experience that felt very rewarding and comfortable from the beginning! From there it was just a process of working out which ones worked for the label, and around the beginning of the pandemic in 2020 we had worked out the tracklist. It was all done by the end of that year. 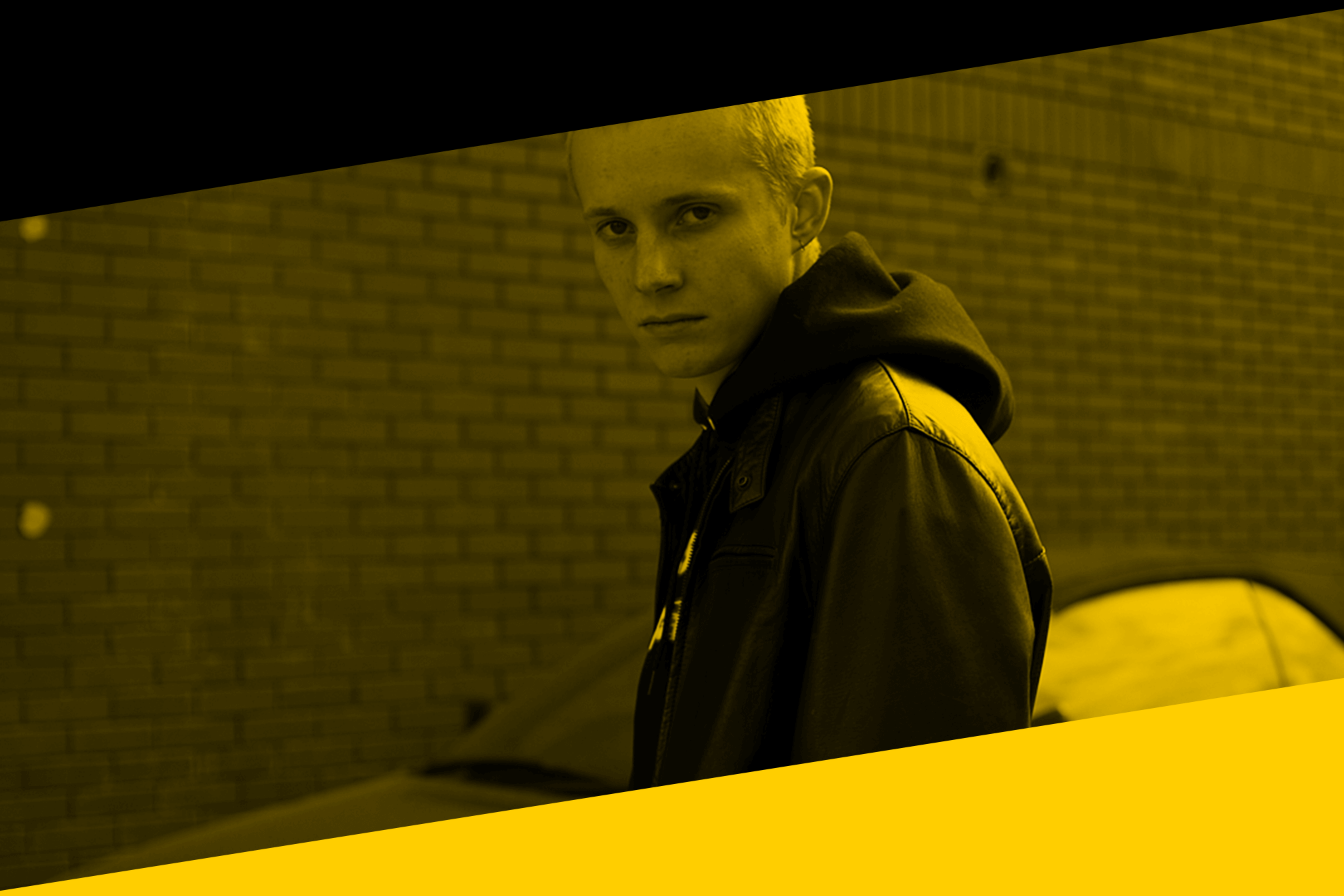 Having heard tracks of yours like ‘Ripples’ played out in a club, there’s a clear emphasis on propulsive, room-shifting energy within your music. Are these qualities you look to create in club music, of twisting people’s heads deep into a club night?

That track especially came from a place where I was really just looking to make a kind of WTF moment in the club haha. I love quite intense sounds, and that middle ground between feeling uncomfortable and having a great time is always fun to indulge in in music.

Is this also an energy you hope to create with your own DJ sets in clubs and on radio? What kind of music do you find yourself being drawn to when playing in clubs?

Definitely! I think a big thing I want from DJing is unpredictability. I always try to play music from a lot of different genres because that’s what I listen to and love, and having different styles and moods collide with one another can be such a fun and interesting space to be in when on a night out. I love to play slower and deeper when there is more time but I think it’s fun to be interrogative with the crowd sometimes and play things that are gonna mess with the club dynamic.

You’ve established a little working relationship with Happa over the years too with a remix, some radio shows and the hour-long Cirrus production. What made the two of you decide that you should make music together?

I was a big fan of Happa before I even met Samir. Knowing someone who was my age was making this music and was from Leeds, which was really close to where I grew up, was really inspiring to me as a teenager. We ended up meeting through friends and have just been best buds ever since. He’s such an amazing producer, and has always been very supportive of my music. We have a lot of similar interests in terms of the types of music we listen to so collaborating was a bit of a no-brainer! Some of the most fun I’ve had DJing is playing b2b with Sam and I’m really proud of our radio show, Then Is Always, that we did on Balamii together. That kind of felt like a space where we could really indulge in all the different types of music that brought us close together in the first place.

You’ve also been self-releasing music through your klunk imprint of course. Do you have further plans for that in the near future, or to put out any other records elsewhere?

klunk isn’t actually just my imprint; it’s a collaboration between me and Louie who runs the label proper. Louie got in touch with me a while ago having heard the release I did on Treehouse and he had a great concept and drive behind him. At the time I was making a lot of tracks but really had no idea what to do with them and was basically ready to give up on making music altogether. He really pulled me out of that and we built a really great friendship out of working on those releases together! The label kinda took a backseat as life got in the way of being able to get music out, but maybe at some point in the future, we’ll get something out again! I’d love to see the label continue.

Can you talk us through your mix?

This mix was just an attempt to pull together what I’ve tried to do in my last few sets and represent a bit of myself. It goes through a few different styles, moods and BPMs, and I tried to pull together all the amazing dance music being made around the world. I was really happy with the way it all came together!

Jabes' 'Ripples / Body Said No' EP is out now via Timedance, get it here