Between touring and working in the studio, Kokoroko fill the gaps with wholesome, friendship-focused recreation and an emphasis on connecting with their fast-growing fanbase. As an eight-piece outfit, the group have been mustering up hit tracks since their inception in 2014 — standalone singles such as ‘Carry Me Home’ and ‘Baba Ayoola’ carrying just as much acclaim as their self-titled debut EP released in 2019. But, until now, the jazz octet, formerly an afrobeat and highlife group, have never released a full-length record. “It's hard to get eight people in the studio together,” says the group’s Onome Edgeworth. “But when lockdown happened, we had a chunk of time and empty calendars”.

Constantly redefining the noise of modern jazz, the London-based group have helped to usher in a new sound for the genre. Now, Kokoroko embark on a European tour to celebrate the release of their forthcoming debut album out on August 5 via Brownswood Recordings — a 14-track magnum opus titled ‘Could We Be More’.

To celebrate the release of their debut album, the eight-piece have put together a playlist of tracks that they wish they’d made during their time in the studio over the years. Kokoroko’s Sheila Maurice-Grey and Onome Edgeworth also caught up with Mixmag to chat about their new album, current earworms, and what’s next for the octet. Listen below. 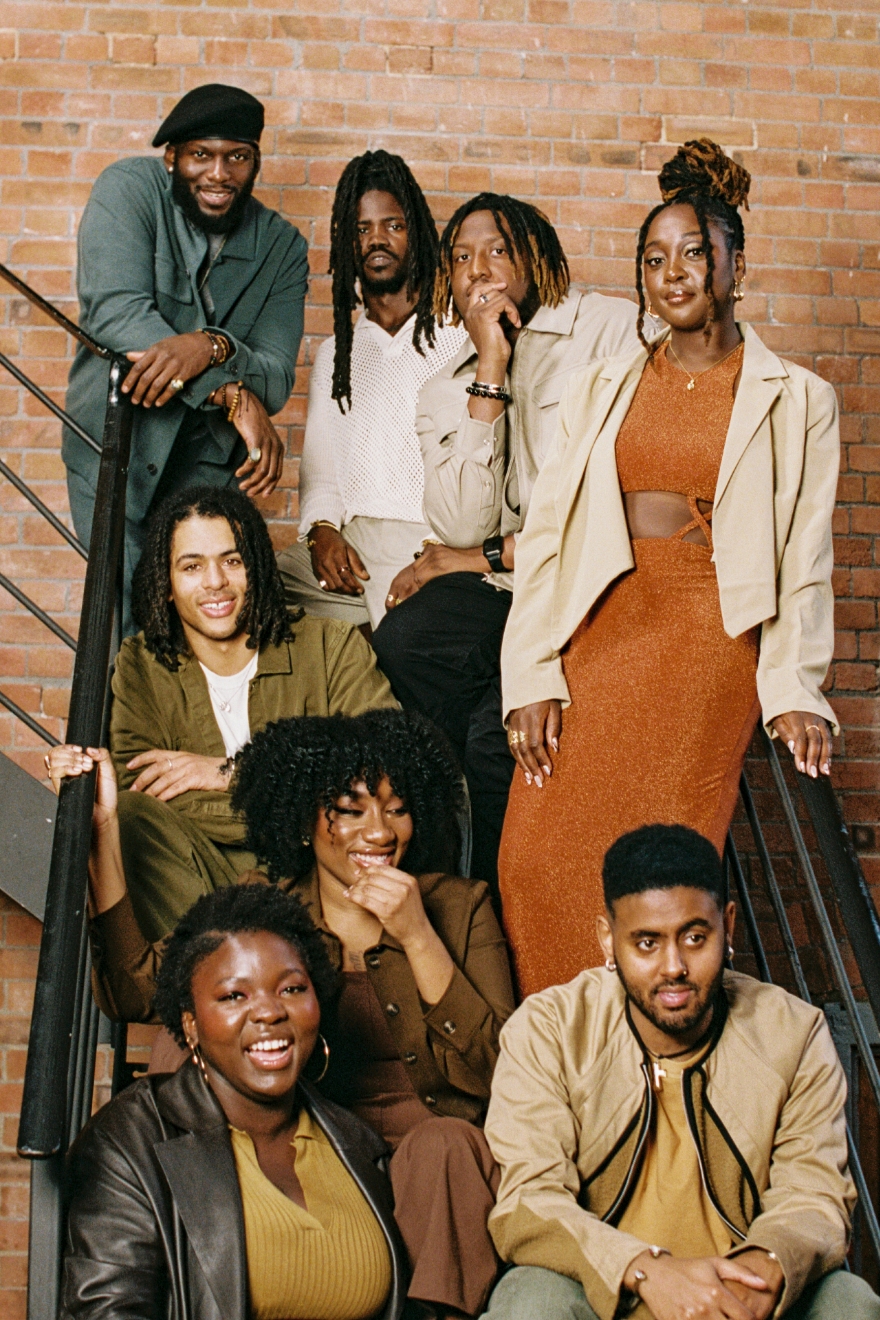 If you had to pick just one track that you did wish you made throughout your time with Kokoroko, what would it be?

Sheila: Just one track?! I think there are loads of tracks that I would love to have made, but there's one song at the moment and I love the core sequence in it, I just think it's so funky. It's called ‘You Send Me Swingin’’ by Mint Condition.

Sheila: I feel like when you listen to the album that we have, it's such development of our sound production-wise. Especially when you listen to the synths that Johan is playing and our producer that worked on this album, Miles James, you can hear the soundscape from all the synths and I think that's something that's very much coming back in the music that we're playing now, but also in a lot of music that's coming out now too. So, it's a good throwback.

Read this next: Listen to a playlist of 'neurotic funk' curated by Harvey Sutherland

Your debut album, ‘Could We Be More’, is coming out on Friday. What was the process like behind making it?

Onome: We planned it and had two or maybe three years to actually make it. We did little things that we all took away and took some time to write ideas and songs, and we had a few sessions so we were slowly building it and coming out with new ideas. But when lockdown happened, we had a chunk of time and empty calendars. It's hard to get eight people in the studio together, but we booked out the studio down in Eastbourne and a few rehearsal sessions in London over the weeks before and brought in ideas to those sessions, and then got together and played them out as a band with the producer.

During our first week in Eastbourne with our producer, Miles, and engineer, Christoff, we just recorded everything. We got rough drafts, took them away, listened to them and then went back and recorded them as we liked them. It was exciting to have that amount of time to actually spend on creating something. It's quite long as well - 14 tracks - some of them are shorter or interludes but they don't count! But there were more we made as well that we didn't finish, or there were ideas we were cooking or that we’re holding on to. We’ve really done a lot in that time.

If you had to explain the group to someone who doesn't know what you do, how would you describe Kokoroko?

Sheila: That’s a good question… I would say a group of eight musicians based in the UK who have the same interest in music and are very different, but when we come together on stage, we try to create some magic - an experience that feels magical to whoever is watching. I think our shows recently have all been based around a journey, so essentially taking people on a journey and wanting them to feel something good.

Who are your biggest influences when it comes to making music?

Onome: Initially we started off playing Afrobeat and working with highlife musicians which really inspired us. I think our first shows were playing mainly Fela, Ebo Taylor, who else?

Sheila: We used to play some William Onyeabor which is slightly different from those two, and groups like Earth, Wind, and Fire, Funkadelic, and more modern stuff like Tyler, The Creator’s shows - we love how much energy goes into that and the way he connects with his crowds. For us, it’s like, how do we get our world to feel more like that? When you're in that space, everyone really takes it in. All these artists have created a world and something that you buy into, follow and really indulge in. One thing that I love about most of those artists is that they're all really playful, and I think that's quite underrated.

Read this next: Listen to Simo Cell's 'Tracks you should turn into AI-generated art' playlist

Beyond the release of your debut album, what’s next in line for you guys? Or have you not thought that far ahead yet?

Sheila: We’re still planning a lot of stuff. The hope is that we're gonna go back into the studio very soon and start recording, we just really wanna make the most of this period because it's new for us. I think there's a lot of stuff that we're going to be learning and exploring, we’re all super excited about what’s to come.

Onome: We loved recording the album, and now we’re all like, ah, I wanna do it again! If we did it again it would be completely different. We learnt so much doing it that way, you look back like oh we've done it all wrong, let’s go again!

Sheila: Yeah, the world of recording is so endless, too. We’re in the early stages and just understanding how it all goes, but it feels amazing.

Kokoroko's debut album, 'Could We Be More' is out on Friday, August 5. Pre-order the record here.