Under the cloak of The Maghreban, Ayman Rostom is building an eclectic discography that can't be defined by any particular shape or style. While his productions are off-kilter and vary greatly in tempo, genre and form – they all share that distinctive, dynamic The Maghreban sound. Or maybe it's Dr Zygote? or Strange U — just a selection of the many aliases used by the producer, DJ and beatmaker. “It’s mainly a constraint of tempo more than anything,” Ayman says of his multiple monikers. “I find it difficult to stick to one thing. Having the different areas enables me to switch it up when one area is blocked.”

Raised in an Egyptian household in Surrey, England, some of Ayman's earliest musical memories come by way of his dad playing "very dramatic, very theatrical north African music." His interest in electronic was ignited within the 90s rave scene — quickly making a name for himself producing trippy hip hop under his Zygote alias. Ayman ventured into dance-focused projects in 2014 with his The Maghreban project. He recently told XL8R that the name comes from a local north African regular at a pub he used to frequent. Since then, he's had a trail of releases under the project scattered over labels including Black Acre, R&S, and Sneaker Social Club. Over time, Ayman has also come to curate his own imprint, Zoot Records, which mostly holds the releases of his own darker club works under Dr Zygote and The Maghreban.

Ayman’s latest release is a body of work titled ‘Connection’, a homage to the relationships he's built since The Maghreban project began — deeply-rooted in personal emotion and experience. The record spans 12-tracks; manoeuvring jazz, techno and everything in between while layering influences of his North African heritage delicately between notes.

We caught up with The Maghreban at the release of his latest record to discuss collaborations, game art, beat making, and his new project, ‘Connection’. Read the Q&A and listen to The Maghreban’s spine-tingling In Session mix below. 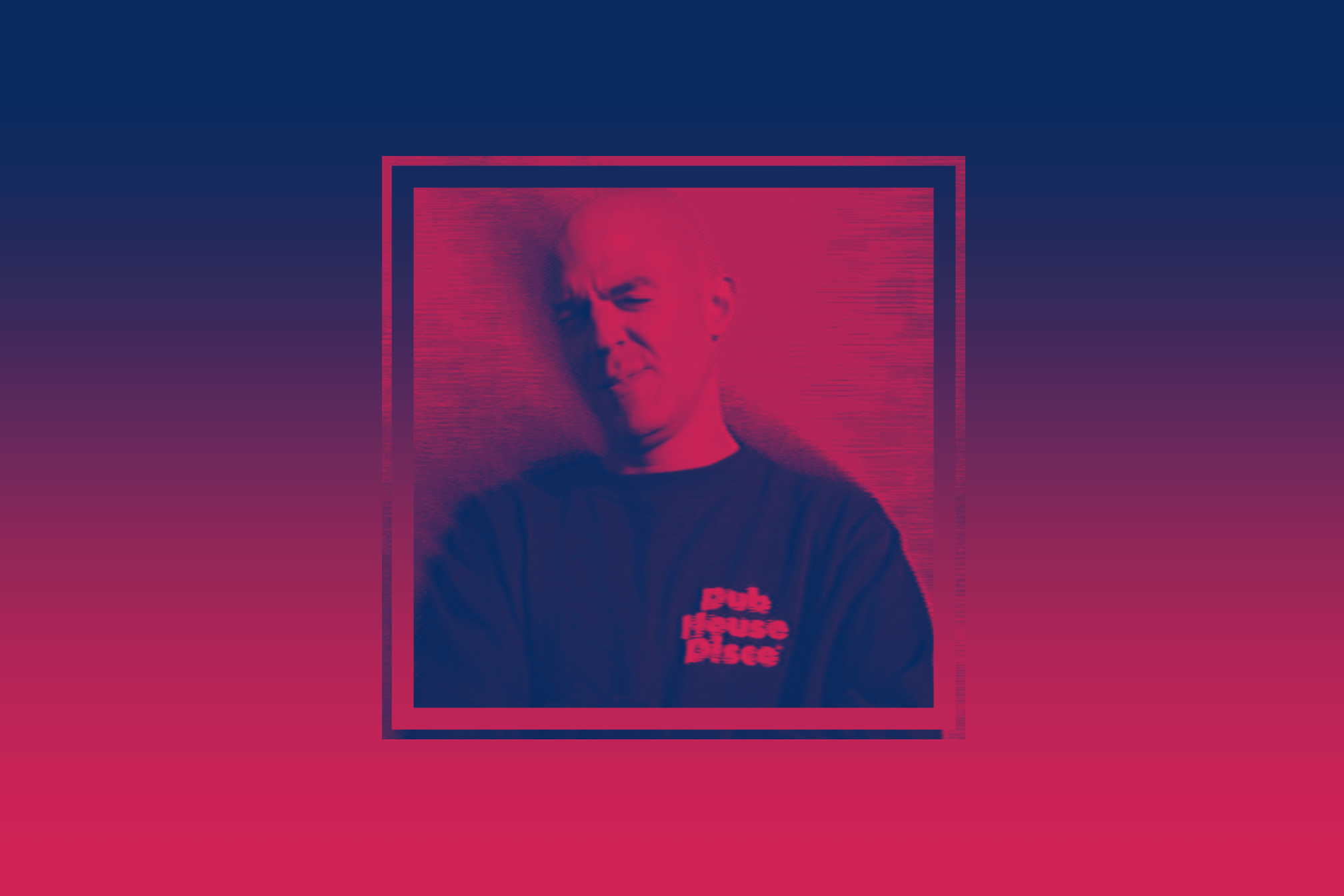 Your latest album, ‘Connection’, has just landed - can you tell us about the process of creating this record?

This record was much more collaborative than my last and came together slowly and naturally. I mess about in the studio, that's the core of what I do. Mostly it doesn't result in anything immediately useful, but I get lots of ideas down and try to put them together. A dance music LP is a strange concept for me really. I am familiar with putting out lots of 12-inches, perhaps music that is simpler and more utilitarian, and I haven't as yet seen the point of making a record that is simply a collection of eight of those pieces. So, I guess the ideas that I developed here were ones that I thought worked together to tell a larger story and had a similar mood — that worked more as a listen.

I wanted it to be deeper than my first LP '01DEAS', and for the tracks to be a little longer — I get bored and change them up too much sometimes. I think there needs to be a lot going on, and if there isn't, I think they should be short. I wanted to try to counter that instinct a bit with this album.

You said you were “trying to make stuff that was a little more emotive” for this album, could you expand on that?

I like lots of music and lots of different genres, and there are a lot of different moods that music stir in me. I’ve made tonnes of music in the past that had a lot of energy and went for the heaviest sound, the loudest sound. That was an energy I first heard in punk and metal growing up. But then there's music based around groove and timing and I've made some of that. Stuff influenced by funk and hip hop. These categories aren't mutually exclusive.

What really gets me is music that conveys a bit of melancholy, that stuff moves me. A lot of that music has vocals on it, live instruments, and often acoustic instruments. But there's a load of techno and other dance music that can get me there too. On this album, I wanted to make music more in that direction because it was a challenge for me. I see those kinds of moods in music as more difficult to get to, at least for me.

You also said some of the tracks have an air of sadness about them, and that they’re built from grief and sorrow. Is there a lot of personal emotion embedded into this record?

Yes, as much as there can be in abstract music without me writing lyrics I think. If a melancholy riff came to me that moved me and I developed that idea, maybe it helped me process some sadness or something. I had recently got married while working on it and my wife was pregnant with our first child. I felt more connected to many people in my life, and with that came an increased understanding of grief - the flipside. When I heard what Abdullah Miniawy and Idris Rahman did over my music, they both really tapped into that mood and it fit.

Read this next: 25 early and rare tracks from hip hop's best producers

You often draw on your North African heritage for inspiration when making music — will we see that in ‘Connection’, too?

There is definitely some in there. I love jazz that borrows from eastern sounds and there was a lot of that in the late ‘60s. Also, there’s a similar tradition in instrumental ska that I love. There are a couple of tracks in that flavour on the LP, both in collaboration with Idris Rahman who is a great saxophone player and who really understood that tradition. There’s also another track, ‘Anzilli’, in collaboration with Abdullah Miniawy, a very talented Egyptian poet, producer and actor, and it has that flavour as well. He sings in a very spiritual way and has a mesmerising voice that taps into something very deep within me from my childhood. There are shades elsewhere, but I didn't want the LP to be just eastern sounds, so I tried to weave it in amongst the techno and other influences.

Nah Eeto is an unstoppable force, she must have been great to work with. How did you come to pick the artists you feature on this record?

She was the first, and we recorded our track in 2018. I'd been watching what she was doing on Blah records and loved it, I thought something could work over some uptempo stuff because I'd heard the double-time stuff she'd already done. She got it straight away.

I was looking for a sax player for a while, and Idris was suggested by a pal of mine. I still haven't met him! Just back and forth emailing stems. He really helped flesh it all out, the jazz influence. I'd wanted to make some vocal house for ages and a mate was working with Omar, and that made total sense. And Abdullah, since I heard his record on Trilogy Tapes with Carl Gari, I knew I'd love to do something with him so I reached out. I guess as I was developing ideas into tracks, I was thinking how I could make them bigger and deeper and these people emerged in various ways. 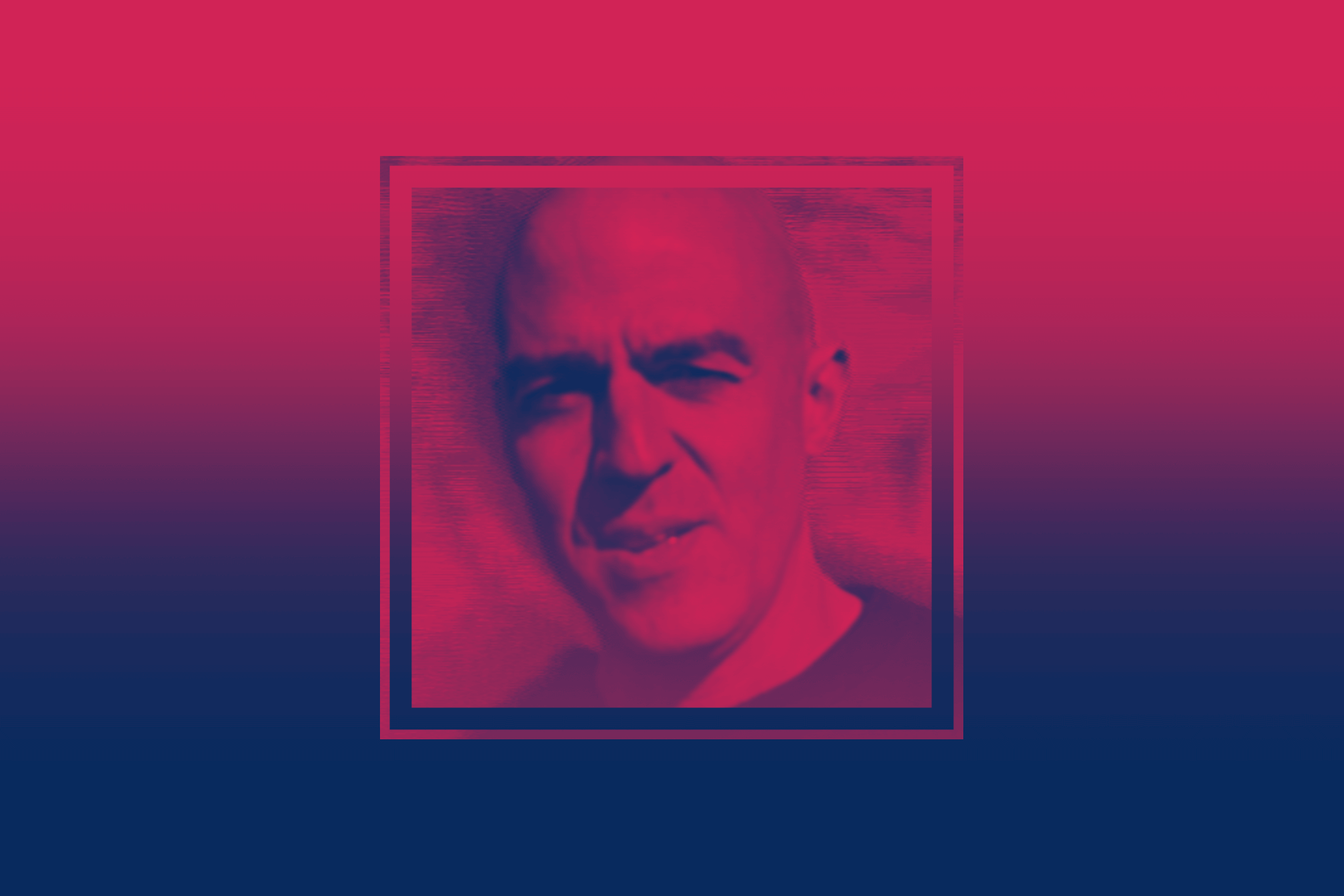 You’ve been intertwining your music with some techy art and AI of late, and you even made some graphics in Unreal Engine, the game developing tool. Could we be seeing more of that in the future?

My friend FakeSmile is the source of that angle. I'd worked with him before on a music video for the Strange U project and he helped me with the videos for the LP. I mess about with video, but I’m not a ‘video guy’. He very much is, and is really talented - the AI and Unreal Engine stuff is one of his areas of expertise. I want to incorporate some visuals into my live set because looking at someone twiddling knobs is fairly boring, so maybe I'll talk to him about that.

Dr Zygote is your beat making alias - what do you do differently there that you wouldn’t cross into The Maghreban moniker? How do you separate those two worlds?

I don't really do much differently there, it’s mainly a constraint of tempo more than anything. Perhaps of depth too. Making a beat for someone to rap over is fairly straightforward for me. I just need to come up with a groove, an idea, and maybe a couple of variations for the chorus, and it largely works as a backdrop to frame someone's vocal. But making a track that has no vocal, that is designed to hold your attention on its own, is perhaps a different prospect. It all starts with a groove. I'm sure if I wanted to make an instrumental LP at lower tempos, I could. I'd just have to choose to develop some of the slower grooves I've got in the tank.

In terms of the sounds, I use all the same sounds. My slower beats are quite electronic sounding. Still sample-based, but lots of little samples. It's the same sample banks I've built up over the years, the same drum breaks.

Not forgetting your original alias Ayman too, you’ve also made a lot of hip-hop tunes with King Kashmere under Strange U. What excites you about having these different identities and platforms to produce and play music?

I find it difficult to stick to one thing. Having the different areas enables me to switch it up when one area is blocked, perhaps. But maybe it's just that I enjoy doing different things, I enjoy making hip-hop beats when I get into the mood for it. I've been writing a lot of songs with lyrics, with me singing on them. I've been enjoying that recently. In a couple of months, maybe for a couple of weeks, I'll do a load of sampling, clear out a load of records I've stacked up, and make a few slower beats. Then after that, I'll end up using some of those samples in some Maghreban tracks. A change is as good as a holiday.

Read this next: A new AI will write lyrics for any instrumental track

Beyond the release of ‘Connection’, what’s next for you?

I’m going to drop some remixes of the track with Omar from four producers that I rate. Then after that, I will be dropping a few singles, digital-only, of more dancefloor-friendly tracks that I’ve developed recently and carrying on writing songs with lyrics.

Can you tell us about your In Session mix?

I wanted to put together some recent tracks that excited me, so that's what I mainly did, filling in some blanks with some older bits that I thought fit. But yes, this is mainly stuff that I enjoyed playing loud that stimulated that "heavyness" thing that I was talking about earlier. No tears here. Well, hopefully.

The Maghreban’s latest record, ’Connection’, is out now. Get it here