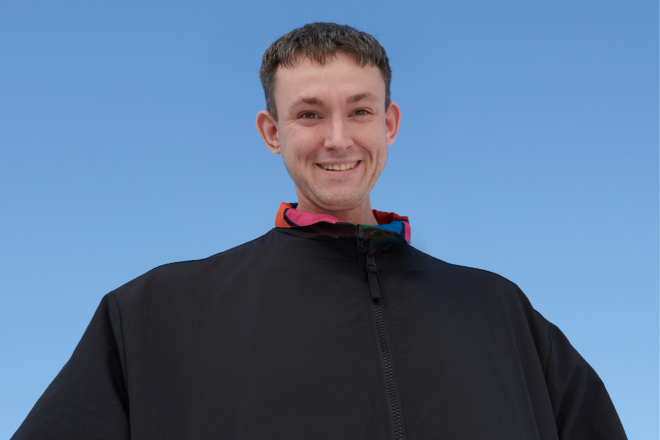 Hudson Mohawke has reacted to his 2011 track ‘Cbat’ going viral after a Reddit post has circulated on social media.

In the viral post, 25-year-old Reddit user u/TylerLife admitted that he enjoys making love to the rhythm of ‘Cbat’ by Hudson Mohawke - and that the user's girlfriend of two years has just discovered the song.

The track's recent popularity has given it momentum on the iTunes chart accumulating over 3 million plays on Spotify and featuring on several editorial playlists despite the song now being over a decade old.

The track, which was originally released by the Glaswegian DJ and producer in 2011, has now reached number one on the iTunes Top 100 Electronic Songs chart.

Read this next: Sex music: QRTR's blend of emotion and groove is stimulating dancefloors and beyond

In the post, u/TylerLife says that his girlfriend is not a fan of making love to ‘Cbat’, saying: “I don’t understand why it has taken her two years to tell me she hates that song, it’s a good lovemaking song with good rhythm.”

He also adds: “I thought this song was perfect and I always thrust along with the tune and feel it gives me the perfect rhythm for doing the deed to. I usually bust to this song and find it devastating she hates the song”. You can read the full post by u/TylerLife here.

Since then, thousands of people have taken to the internet to offer their two cents, make memes, debate whether it was the beat or the melody that was thrust to, and make parody videos from the girlfriend's perspective.

Read this next: Through the arches: A tale of Glasgow clubland

Some of those people, especially those who have never listened to the track before, chimed things like: “you are not prepared for the song”, while Lad Bible claims that the iconic HudMo track sounds like “Alvin and the Chipmunks laying down a rap album”.

One Reddit user commented on the original thread: “this man's literally fucked his girl to robot dolphin sounds”.

Read this next: Hudson Mohawke shares a full 'Who Is America' EDM parody tune

"The dumbest timeline of all", he captioned one Instagram post which shows 'Cbat' featuring on the top of two Spotify editorial playlists.

The post got many comments from others in the electronic music scene, including Disclosure who said "really pleased about all this", and Flume who joked "did u plan this??"

Read this next: Flume: "I'm happy to be called EDM, call me whatever you want"

Mohawke has also retweeted several posts on Twitter about the situation, including a video posted by the band Foals, and a parody post claiming that Panic! At The Disco frontman Brendon Urie was the Reddit user behind the sex confession.

True fact: #cbat has been on our pre-show playlist since 2016 @HudMo pic.twitter.com/FhsgTHiHRG

OH MY GOD ITS BRENDON, BRENDON URIE IS THE ONE WHO FUCKS TO THAT WEIRD SONG pic.twitter.com/zbN8hXT361

HudMo has even changed his social media bio sections to "Cry Sugar is better for sex", making reference to his latest album, 'Cry Sugar'. Mohawke released his latest dancefloor-focused album on August 12 through Warp Records.

Read this next: Warp 30: "Every time there's an anniversary, we subvert the idea of patting ourselves on the back"

The producer also posted a link to the 'Cbat' sound on TikTok, so users who click on this link are able to use his track on their videos.

You can buy and stream his latest album 'Cry Sugar' here.