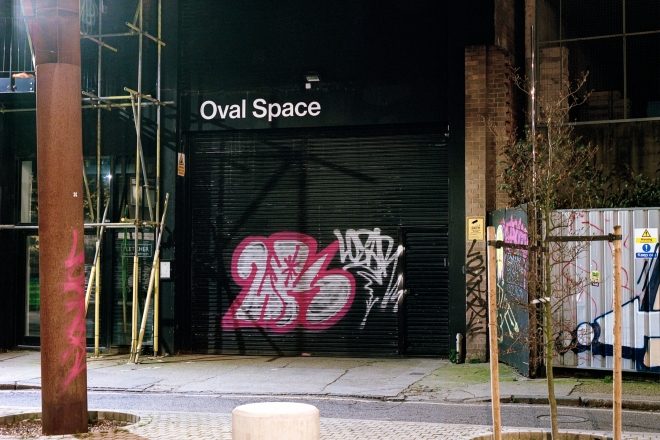 East London nightclub and multi-purpose venue Oval Space has had its license revoked following an alleged open fire shooting on the club’s dancefloor in August.

The incident reportedly took place in the early hours of Tuesday, August 30, at an event billed as a Notting Hill Carnival after party at the venue. According to police, one man opened fire on the dancefloor and chased another man down before shooting him in both legs.

Police were called to the Cambridge Heath venue at around 4:25AM. Clubbers evacuated the building before they arrived, and the victim was found on the pavement between Temple Street and Hackney Road.

Read this next: One in five nightclubs have closed since the pandemic, study shows

The 24-year-old victim was taken to hospital where his injuries were declared non-life threatening.

Oval Space will now be shuttered after a decision was made concerning its license reviewal on Tuesday, September 27. Though the meeting spoke mostly of the incident, Oval Space was also condemned for other ongoing issues.

“It was a catastrophic failure of the security company, we know that. There are some mitigating circumstances - it’s the most difficult operating environment that I’ve ever known in the business in 22 years.”

James spoke about the current cost of living crisis, which he claimed to affect the venue in recruiting “good staff”.

During the meeting, PC Mark Perry of Tower Hamlets' police licensing team argued: ”This is a venue that has been used by gangs and to an extent is controlled by gangs.

“This is why fights are taking place, why people are bringing in a firearm and swords and the management have kept silent and not informed police.”

Read this next: Printworks confirms venue is in talks to reopen following site development

Perry also showed photos from CCTV during the incident (acquired by MyLondon) as people began to panic and flee the venue. “You can see the panic and the terror on these people's faces as they try to flee the venue. They're fleeing because a gun has been fired inside a nightclub,” he told the committee.

Lawyer Paddy Whur, who represented Dean James during the meeting, asked the committee not to revoke the venue’s license as this would “kill the business and make 70 people redundant”, but instead consider other options.

The report that followed the incident noted that two members of security claimed they "did not see any altercation occur outside the club" around the time of the shooting.

CCTV footage reviewed by police show a man bypassing the queue and security search, who bouncers said regularly attends the venue with promoters. This man was seen being passed a bag by the man suspected of firing shots, and after bypassing the security, he was seen handing this bag back to the suspect.

Read this next: Recording studios could face closure due to rocketing energy prices

Before the incident on August 30, Oval Space was operating under a reduced license following other issues.

Other incidents at the venue that were called upon doing the meeting include a fight in 2019, an alleged stabbing on the dancefloor in 2020, and noise complaints from local residents who also appeared at the meeting. Oval Space also failed to comply with police when asked to implement better security measures in February 2020.

According to a police officer, Oval Space’s general manager was “not contactable” for five days when the investigation into the shooting began, and gave the account that her phone was lost/stolen.

One local resident, Katherine Howell, wrote to the committee: “The venue's security has regularly set up illegal roadblocks that prevent residents from driving through to or exiting our residences.

“Additionally, there have been many instances of little to no crowd control allowing dangerous crowds of intoxicated people to form on the street and plaza.”

Oval Space set up a petition last week rallying for the venue’s survival, writing: “Oval Space is an important cultural venue In London. Since opening in 2013, it has quickly developed a reputation as a key part of London’s cultural tapestry.”

The club has now had its license revoked and must cease operations as a venue.

Oval Space has the opportunity to appeal the decision.