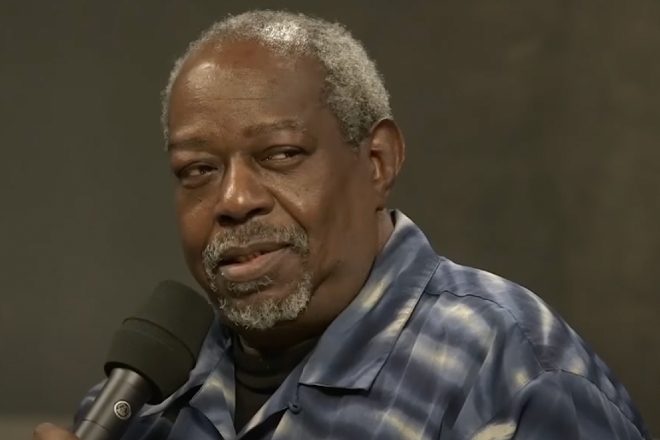 Legendary producer Patrick Adams — known for his work with the likes of Sister Sledge, Musique, and Black Ivory — has died aged 72.

Yesterday (June 22), his daughter Joi Sanchez confirmed the news in a Facebook post. She wrote: Patrick Adams has moved on but some of us, like me, will forever be stuck [happily] in what he created for us and by us.

"My father passed away earlier today in his sleep at the golden age of 72 after living a life of music."

Adams, who was born on March 17, 1950, grew up four blocks from Harlem's famed Apollo Theater. He was most known for his producing, songwriting, and engineering work on the major record labels Salsoul Records, Prelude Records, and in New York City.

He was also noted for his relationships with other recording artists and often produced for some of the biggest names in music.

He discovered Leroy Burgess, a member of the Black Ivory trio that Adams managed and signed while serving as vice president of A&R at Perception Records. He produced the group's debut album, 'Don't Turn Around', in 1971.

After leaving Perception Records, word of his skill and knack for sound spread - and he became in demand for his production and sound engineering.

He frequently referred to his works as "underground disco" in interviews. He and Peter Brown co-founded the P&P label in 1974. There, he was responsible for some of the biggest disco songs, such the 1976 album 'Atmosphere Strut' by Cloud One.

The Disco Demolition, an anti-disco riot that occurred in 1979, had a catastrophic impact on the genre's development; by the early 1980s, stations no longer played disco music. Adams started a part-time engineering job at Power Play Studio.

Over his decades-long career, he forged personal connections with and began producing for the likes of Sister Sledge, Loleatta Holloway, Eddie Kendricks, Black Ivory, Gladys Knight and Salt-N-Pepa.

Adams was sure in his craft and knew what sounded good to people in the clubs and beyond. In a 2015 interview with Red Bull Music Academy, he said:

"I guess you could say there was a symbiotic relationship between producers and some club DJs who got it right. Some wise guy DJs are like 'well I'm gonna mix [a track] this way', and take all the life out of it! You don't want that.

"There was a period where I was so angry with some club guys because they thought to remix a record meant to tear it apart and superimpose it; that's not remixing was. Larry Levan got it right because he was at [Paradise] Garage, which was one of the greatest clubs in the world - and he knew what made people move so he participated in the process."

Adams is also one of Nile Roger's greatest inspirations. Nile Rodgers told Red Bull Music Academy in 2017: “Patrick Adams is not only one of my favourite composers/producers, he’s also one of my greatest influences.

“Though composers like to think we’re being original, I don’t mind admitting that I sometimes copy bits of Patrick’s chord progressions.”

Fans, musicians, DJs, artists and others alike have been paying tribute to Adams on social media. See some of their words and tributes below.

We are devastated to learn of the passing of Patrick Adams—a true Dance pioneer; one of the all-time greatest producers/songwriters in Disco history; and a member of the Salsoul family. pic.twitter.com/328cDZPSeY

“Disco was creative freedom. One of the best things about it was also what led to its demise, that anybody could make it. Because you had that 4 on the floor, the rhythms were right you could make people dance. But there was the extra impetus to do goofy stuff.” RIP Patrick Adams pic.twitter.com/E7lDfPExNn

People use the word legend too lightly. It should be reserved for people like Patrick Adams. RIP https://t.co/UJpBIf0fWh

oh man RIP Patrick Adams. It’s impossible to overstate how much that man’s art expanded my tastes and understanding of music. A true legend.https://t.co/09v0jMbaKx