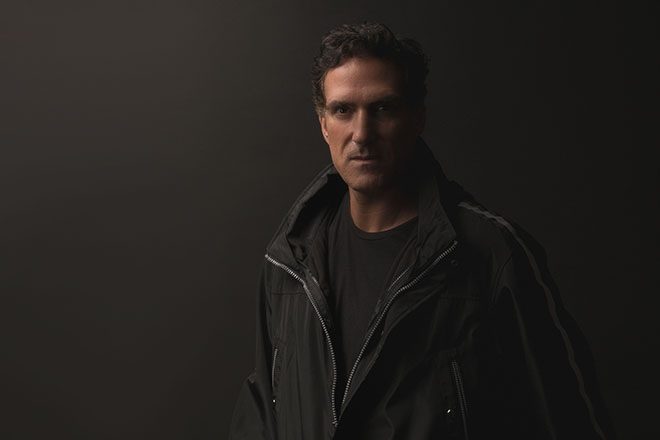 He layers drums, bass, and percussion up beautifully on this raunchy new track. The slinky beat is free, and a wistful vocal floats over it.

The bassline is strong, yet the pads are airy, and the chords start to get more anguished and tortured as the song unfolds.

Read this next: Rony Seikaly is the DJ and producer making outright infectious house music

The drums are crucial in carrying the narrative of this track, as the snare pushes the story forward with every beat.

"In this particular track, it was a mixture of my Roland Drum Machine and samples from Vengeance," Rony explains. "I chose these drums to give me the overall warmth and depth I wanted for 'Ephemeral', to go with my melancholic melodies."

As for the synth, it perfectly compliments the drum beat - juxtaposing it in part to create sweet chimes that will crawl up your spine on the dance floor. To create this effect, he used Omnisphere and Prophet.

"Omnisphere has so many sounds to choose from! The depth of the synth is just incredible too. You basically can’t tell it’s not an analog synth. Prophet Sequential is a beast - it gave me the polyphonies for Ephemeral that I was looking for a very long time!"

Read this next: Best drum machines for under £500

Transcending genre, and fusing the best elements from bass and house, this track is one to be excited by as it is ready for dancefloors, turntables and headphones alike.

Music is a vital part of Rony’s life, a way for him to express himself; it gives a haven, a freeing release - and there's no else he'd rather be than the club he's created in his own home.

Speaking on this new track, Rony himself says: “The Ephemeral track is the final single to be released before the Moonwalk double-album drops. It's a special track for me. It has a lot of what I try to print on a track: deep bass lines, a driving groove, melancholic synths and soulful vocals that develop and grow throughout the track, giving it, I think, a very peculiar personality.”

Read this next: 20 of the best house music samples

‘Ephemeral’ comes as part of his new double-album ‘Moonwalk’, which is due to be released on May 6.

Moonwalk transports the listener to a realm of joy and oblivion, taking them out of their surroundings and away from the routine of everyday life. Rony's productions encapsulate the fundamentals of the dance floor, and he's put them through their paces in many of his own sets.

The upcoming double-album features 26 tracks that explore various aspects of Rony's sound palette, striking a balance between toughness and sensitivity - a mirror to his own complex, contrasting character.

Read this next: The best feel-good house tracks

Every track has a storytelling rhythm, peaks and troughs, unexpected twists, and is part of a larger tale that keeps the listener engaged from beginning to end; inspired by the comprehensive dance music compilations he collected in the past, Moonwalk shows us every side of Rony.

Rony says: “I see Moonwalk as a journey, my music was always about that. I like music that tells a story and this album is a collection of that journey. It all started during lockdown, I locked myself in the studio for months without having to worry about anything else.

"Producing Ephemeral gave me the opportunity to travel to a parallel world, where music nourished me, enhanced my emotions and gave me a feeling of freedom. For me, music is the fuel that moves life, with its incredible ability to shape our mood, to make things shine.”

Read this next: The top ten perfect house party tunes

‘Ephemeral’ is out on Friday April 26. It is available for pre-order here.