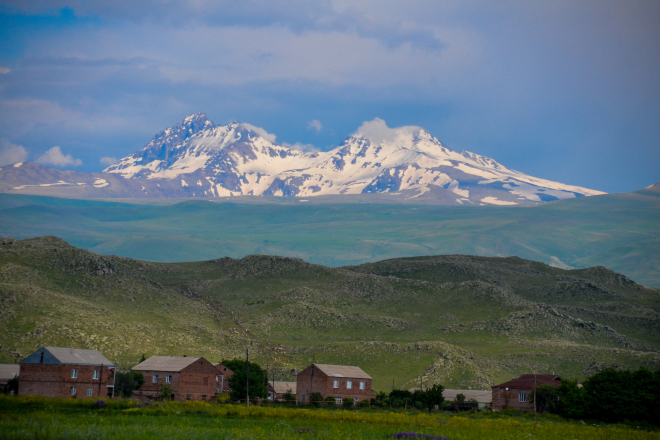 Six of the 41 DJs billed to play at Armenia's Sensor have pulled out of the festival, attributing the decision to an alleged Russian association.

The festival's official ticket partner is Tickets Cloud — a Russian ticketing start-up, based in Moscow.

Read this next: Save Brahim: Kyiv clubbing community appeals for release of captured soldier

On its website, Sensor describes itself as “anti-war” and claims its mission is to “is to unite cultures in peace.” This year's edition would be the first for Sensor.

Sensor also alleges that they have been asked by people whether the festival is financed by Moscow-based superclub Mutabor.

Writing on Instagram, Jane Fitz said: “Over the past 24 hours I have learnt that a festival that I was booked to play in Armenia in September is in fact Russian backed and promoted. As a long-time visitor and financial beneficiary of Ukraine, who has raised funds for the war effort, it’s absolutely impossible for me to play and get paid at this festival and so I am cancelling this booking immediately.”

Read this next: Ukraine to ban some Russian music in an effort of "derussification"

Similarly, DJ Bone has also taken to social media, posting a video explaining his decision to withdraw from Sensory Festival. He said, in part: “I WILL NOT BE PLAYING SENSOR FESTIVAL!”

He followed this by saying that he has had “a long-standing personal boycott of playing in Russia. I’ve never played there ever and refused to based on my own principles and feelings about how Black Africans are often discriminated against as well as the “gay propaganda” law for LGBTQ+ people.”

Additionally to Jane Fitz and DJ Bone, a post by Inverted Audio names Andrew Peckler, Animistic Beliefs, Job Sifre and Rabih Beaini as the additional DJs to pull out of Sensor.

While little information is available online around Tickets Cloud, the Moscow-based ticketing provider of Sensor describes itself as a company that provides "all platform participants with a full cycle of ticketing tools - from marketing to sales and entry control."

Read this next: In Session: Jane Fitz

Speaking about the artists choosing not to participate in the festival to Mixmag, Sensor said: "We had to reflect on the fact that 6 artists out of 41 initially announced in the first wave will not take part in the festival. We respect their decision, no artist can be forced to play or not to play at any event.

"The international community behind Sensor almost exclusively consists of artists — people who use music to unite others, spread love, and make the world a better place.

"The world is now on fire, one can just watch it burn... or we can make a difference. There is only one way a true artist can change the world — through music. This is what we do. Music is our voice. The sad reality is that now the artists' voices are being suppressed, manipulated, hijacked, twisted to fit the narrative of hate and divisiveness. We simply must act. Sensor is the action.

"More facts: Sensor is not financed by Mutabor. We have people asking if Sensor is financed by some pro-war Russian oligarch. No. This conspiracy theory sounds very viral, but has nothing to do with reality.

"Everyone who watches recent developments in scandals around the electronic music scene can see that any artist could be threatened by people who, in their opinion, have the right to decide whether another individual or institution should be cancelled, punished, etc. Every instance of them getting away with bullying on social media makes the haters more unhinged.

"That being said, many people are able to see through the disinformation and hollow talking points. Sensor's strongest belief is that the core values of underground electronic music culture will prevail. We also hope the people behind the smearing campaign against the festival will rethink their course of action. Hate has no future."

Read this next: DJ Bone is taking over Europe with his pulsating techno