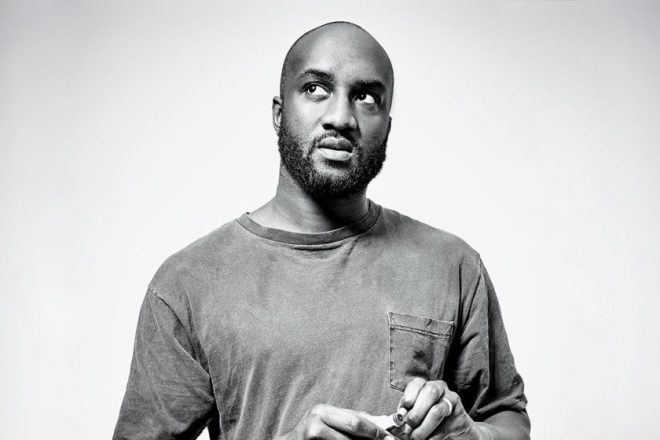 Abloh's death was announced by fashion corporation LVMH on Twitter, under which he had served as a designer for brands Off-White and Louis Vuitton menswear for several years.

A statement from LVMH CEO Bernard Arnault reads: "We are all shocked after this terrible news, Virgil was not only a designer, a visionary, he was also a man with a beautiful soul and great wisdom."

"The LVMH family joins me in this moment of great sorrow, we are all thinking of his loved ones after the passing of their husband, their father, their brother or their friend."

LVMH confirmed that Abloh had died on Sunday, November 28 from cancer, after battling the disease privately for a number of years.

Virgil Abloh was born on September 30 1980 in Rockford Illinois, initially training as an architect at Illinois Institute of Technology (IIT) before moving into fashion following a chance meeting with rapper Kanye West at a Chicago print shop.

Alongside an internship at Fendi, Abloh began working for West - serving as a creative director on 2011 album 'Watch the Throne' with Jay-Z and working at West's creative agency DONDA.

Abloh founded his own fashion high-end streetwear brand Off-White in 2013, growing it into a major player of the Milan fashion scene - collaborating with brands such as Nike and IKEA.

In 2018 Abloh was named as the new artistic director of Louis Vuitton menswear - being the first person of African descent to lead a line at the brand.

Abloh was an established DJ - headlining shows at the likes of Hï Ibiza, Phonox, Tomorrowland, Circoloco, fabric, XS Nightclub and more. He has performed under both his own name, alias FLAT WHITE and as the duo Paris, IL alongside Guillaume Berg, with whom he produced an Impact mix for Mixmag in 2016.

Abloh began DJing in his teen years crediting Giles Peterson, Benji-B and A-Trak as influences. He released his first single 'Orvnge' alongside Boys Noize in January 2018, in the same year Mixmag named Abloh one of its Top 10 Breakthrough DJs of the year.

In 2019 Abloh collaborated with Pioneer to create special edition translucent models of the CDJ-2000NXS2 and DJM-900NXS2 - with the mixers going on to be displayed at Chicago's Museum of Contemporary Art.

In 2021 he began a bi-weekly radio show at Worldwide FM "Imaginary Radio c/o Virgil Abloh", featuring guests such as Omar-S and Alex Sowinski.

Abloh's death and illness has come as a shock to both the fashion and music industries, though the designer had said in 2019 that he would be taking time away from public life due to health reasons.

During a phone call with American Vogue, Abloh had stated that he felt "tired" and decided to visit a doctor. "Ultimately, everything is fine," said Abloh. "But the doctor told me 'this pace that you've sort of pushed your body—to fly all these miles, do all these different projects—is not good for your health.'"

Friends and colleagues have taken to social media to pay tribute to the revered polymath.

Pharrell Williams wrote: "My heart is broken, Virgil you were a kind, generous, thoughtful creative genuis."

Riz Ahmed posted: "Rest in power Virgil Abloh ... gone too soon but your legacy lives on. Thank you for all you did to support so many & how you pushed us to reimagine what's possible."

Maryanne Hobbs joined them in remembering Abloh, writing: "I am devastated to hear of the passing of Virgil Abloh. His work at the meridian between music and fashion where so many of us forge our identities was exemplary as was the way he shared his knowledge + passion with the new generation... RIP beautiful Virgil."