A few months ago, Tim Barry and Barry Edmunds, commonly known as Tim & Barry, travelled to an estate in Walthamstow, North London. They had gone to shoot drill artist Tight Road Baby performing a freestyle for their ‘No Miming’ video series on Tim & Barry TV – their YouTube platform which has been documenting and platforming UK rap artists since 2006.

When Tight Road Baby appeared, he turned up with a crew of about 30 of his friends, who would dance, shout and generally hype him up during the performance. Tim and Barry quickly set to work, planning out the route that the rapper would walk through and stages for the big group shots. 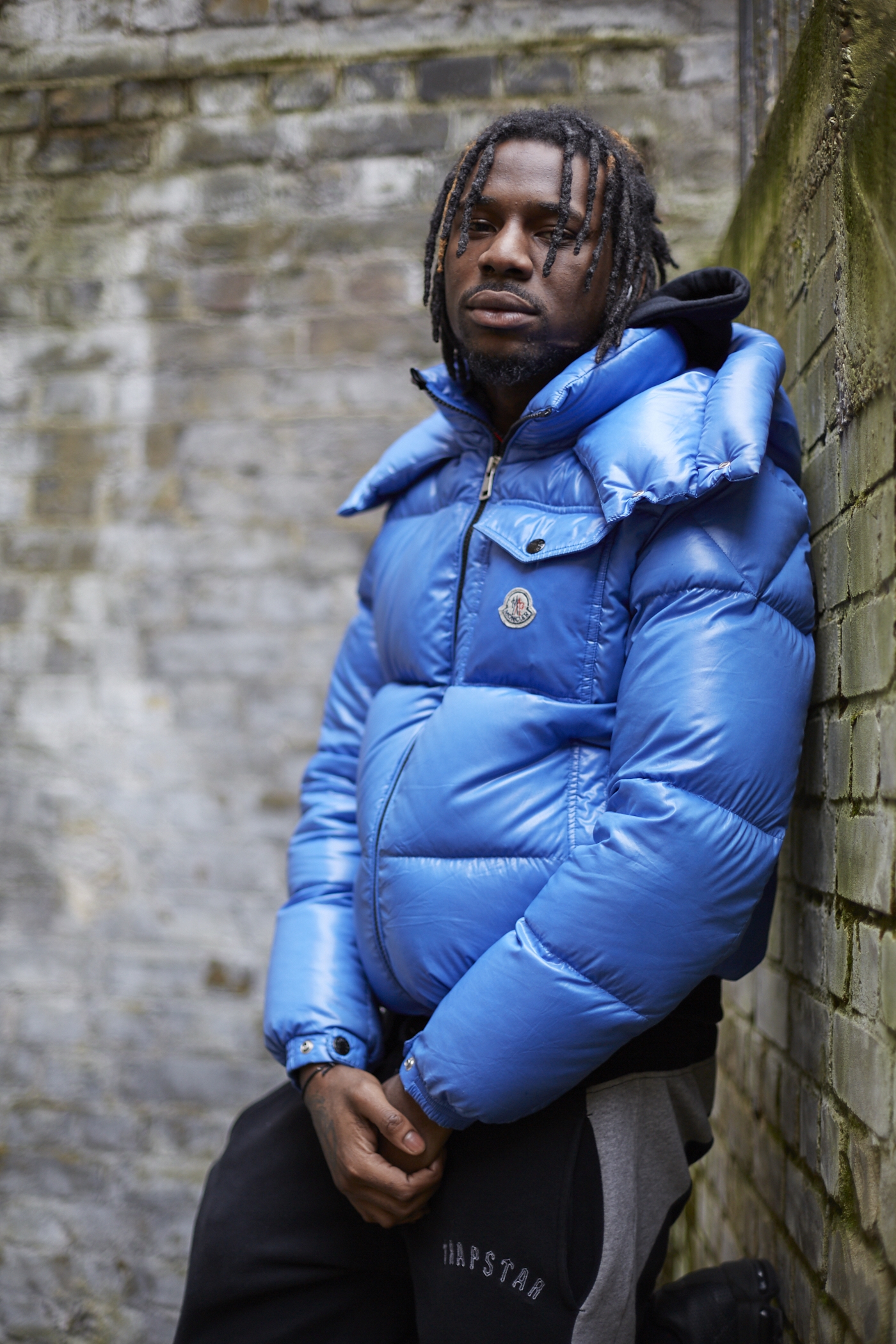 All was going well until Barry noticed an obstacle on the pavement, right in the middle of the path they had chosen. “There was obviously a dogshit in the path,” says Barry. “And I was like: ‘You know exactly what’s going to fucking happen, someone’s going to end up slipping in that.’”

Read this next: "We own the ball now": How UK producers set a new standard for drill

Barry decided to grab a plastic bag from round the corner, but by the time he returned, he found that the excrement had mysteriously disappeared. “It had been cleaned up and the whole pathway had been washed down by one of the guys,” Barry says. “That goes against all of the shit that people talk about how bad these kids are and that they’re troublemakers – they’re cleaning up dogshit on their estate.” 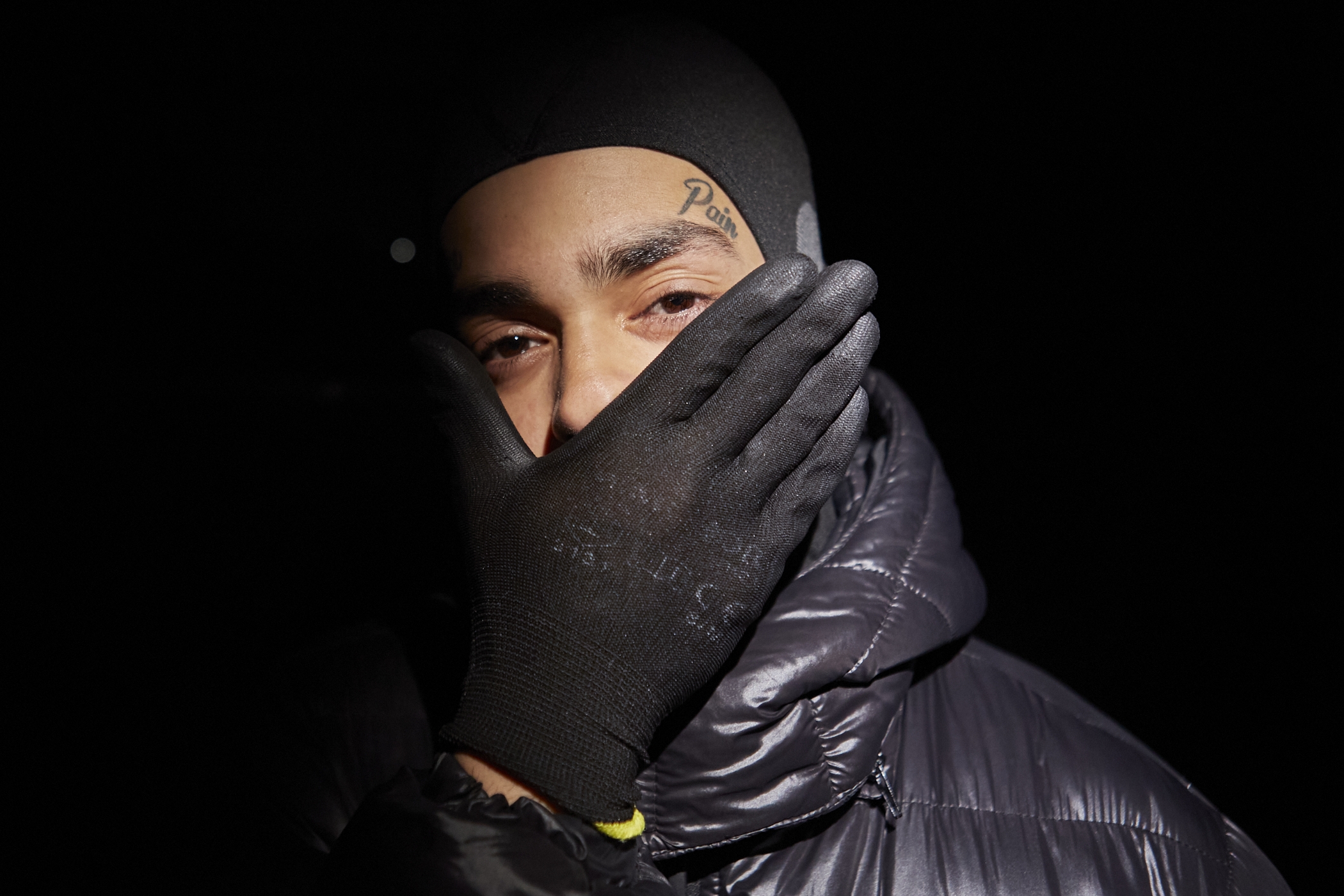 Having been documenting the UK rap scene since the early days of grime – not only through their YouTube channel, but also via photography and radio – the past half decade has seen them become increasingly intertwined in the country’s (and predominantly London’s) burgeoning and thriving drill scene. Now Woosh, a new photobook of their photoshoots and filming sessions capturing the genre has been published, with an essay and history penned within by writer Ian McQuaid. It is also accompanied by an exhibition at London's Laz Emporium until November 20.

Without having a name for what they were listening to at the time – Ian, Tim and Barry’s attentions were first piqued when beats from the Chicago area were imported across the Atlantic and morphed into something new by artists and groups such as 67, Harlem Spartans and 410.

“With the production, the soundsystem culture of the UK started coming into it,” says Tim. “The bass drum was pushed right to the front, and you started having these really melodic basslines.” 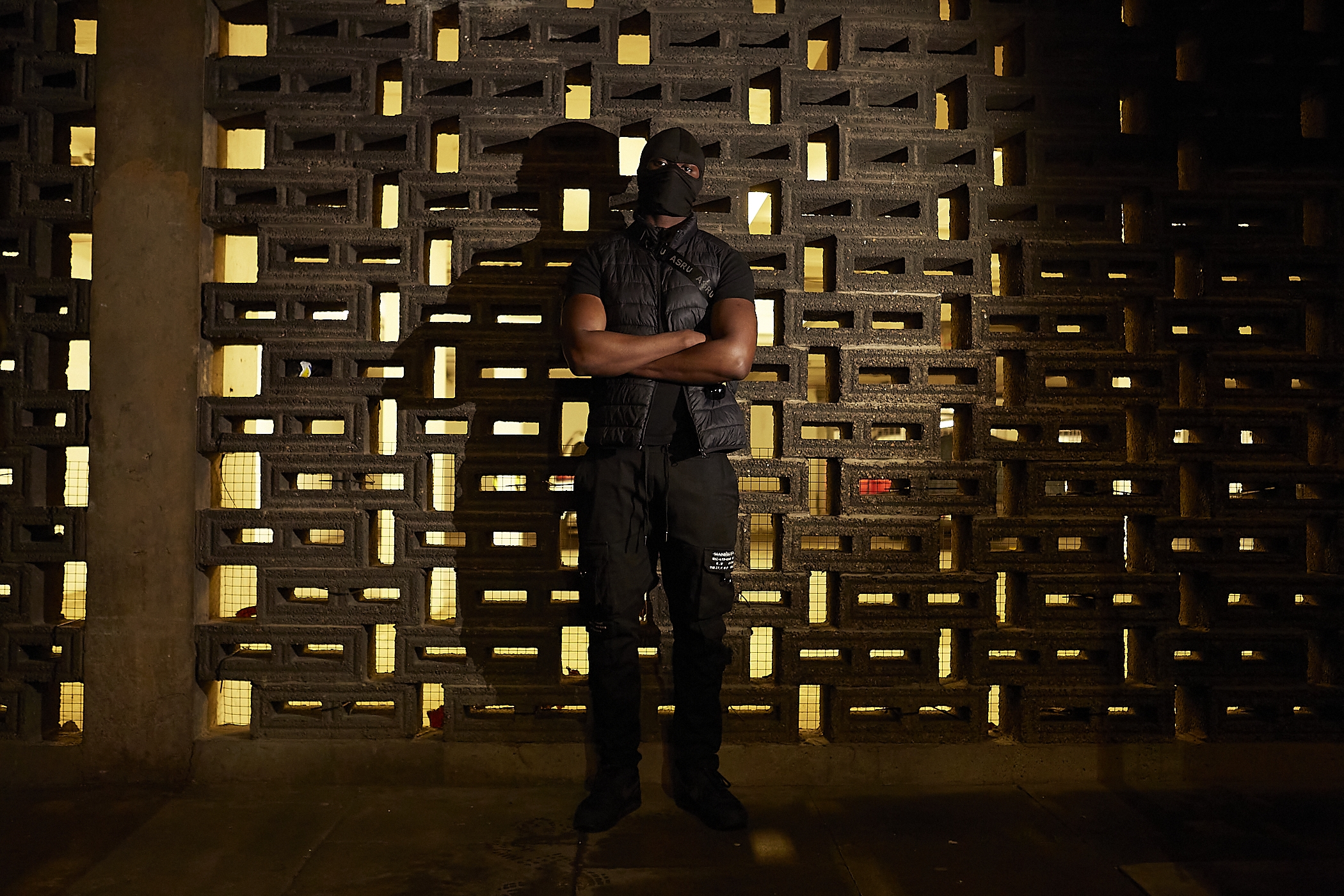 Barry says: “The thing about UK music and underground music is because the UK is a real mixture of cultures, you’ve got young people going to school and sharing the music that they’re listening to – and it’s from all over the world.”

Read this next: The transformative time of UK drill: M1llionz is leading a new rap era

“That cultural mix has such an impact on the music,” he continues. “That’s the exciting thing about music in the UK.”

It would birth a whole movement of artists centred around London and its different neighbourhoods – in almost all instances young, Black and working class. 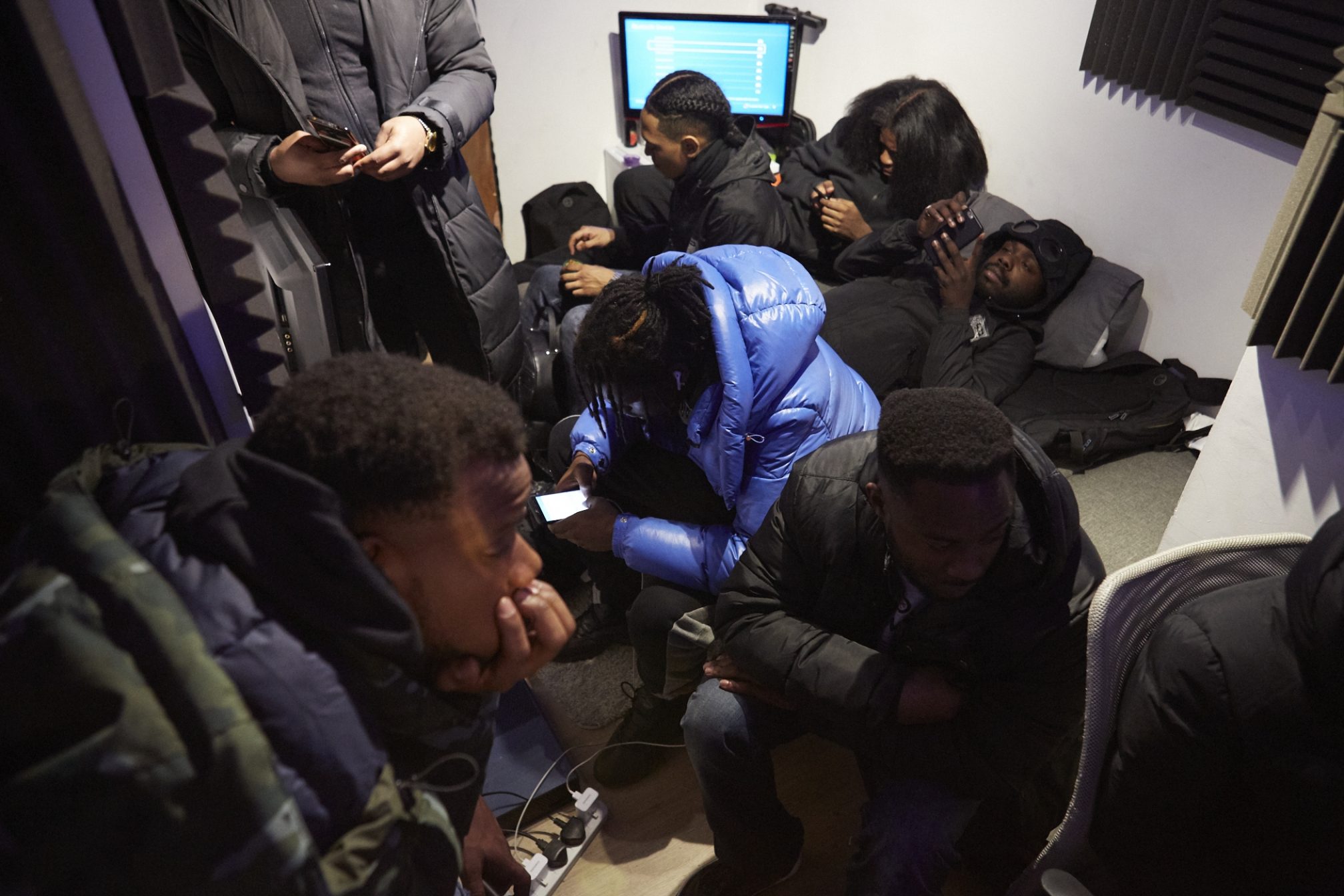 The book's photographs are an up-close-and-personal look at the MCs, producers and crews who have been at the forefront of the genre that has come to soundtrack a generation of young people with its rugged, sub-bass heavy rhythms and distinctive rap-vocal flows.

But they have been often maligned for lyrics and music that supposedly incite violence. Many artists have faced injunctions from the police, which have prevented them from being able to perform their music at shows, as well as having videos taken down from platforms like YouTube.

“The drill guys are talking about problems that they are seeing in their environment and in society,” says Barry. “Maybe the police and the government should be looking at why that’s happening rather than demonising these young people who are already in a tough situation.”

Read this next: The sound of UK drill will turn a rave into a mosh pit in seconds

Most of all though, Woosh is about the music and the artistry. On top of examining the important tracks and moments in the development of the genre, Ian dives deep into the lyrics found in many classic and formative drill songs, as well as the subtleties of what makes up a drill production. 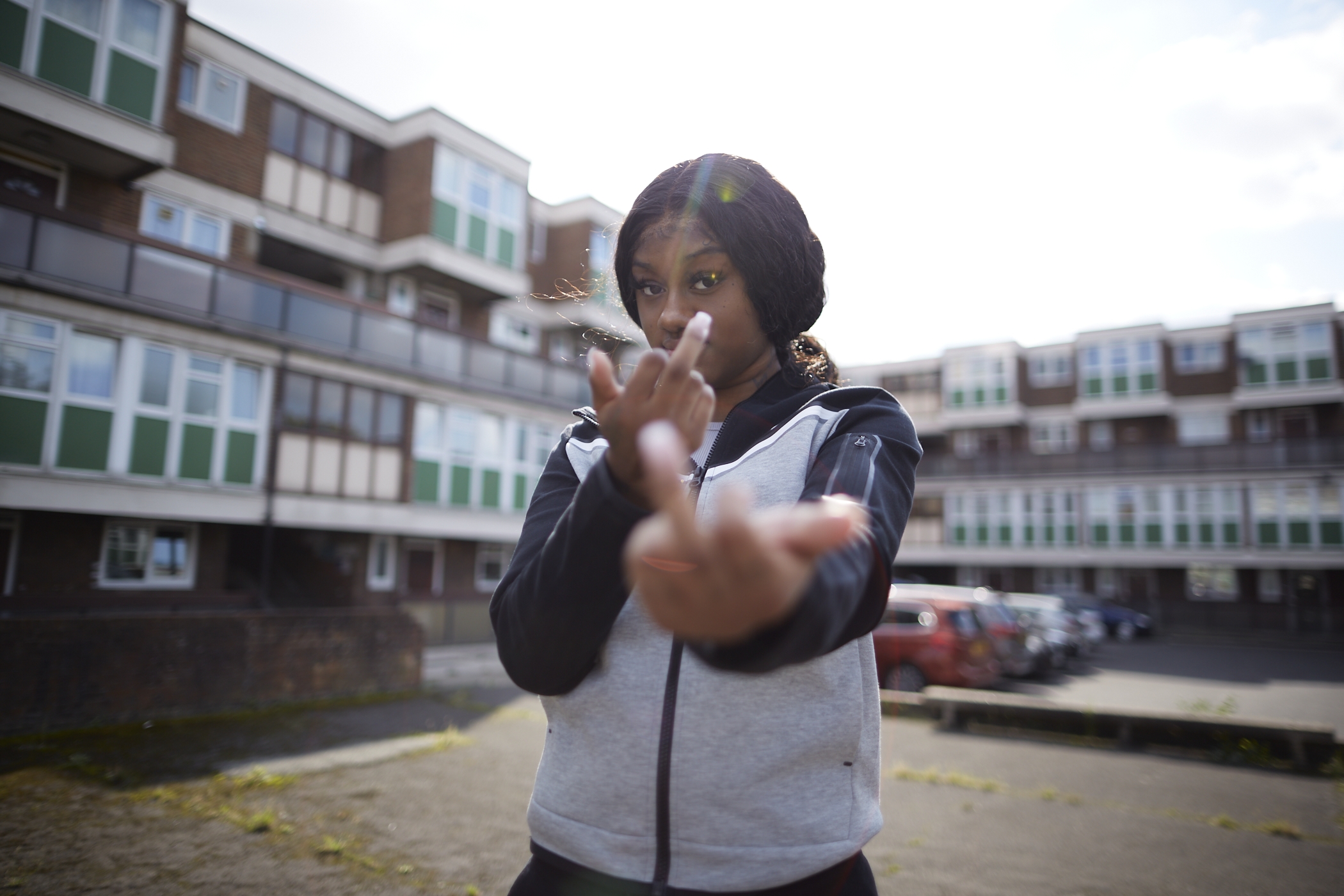 “There’s a real complexity in the humour of it,” says Ian. “It was the same in grime and UK MC culture, in that things can simultaneously be deadly serious and taking the piss.

“A lot of the time when people write about both drill and grime,” he continues. “They act as though the most bizarre, insane threats are real. Nine times out of 10, they’re being extreme, they’re being sensationalist – this section of society are treated as though they are these flat objects that say exactly what they mean and describe themselves in every word.”

Drill, and specifically UK drill, has now garnered commercial success across the globe – so much so that Drake, one of the biggest rappers in the world, has incorporated elements into his music. Ian, Tim & Barry all see similarities to its trajectory as grime. 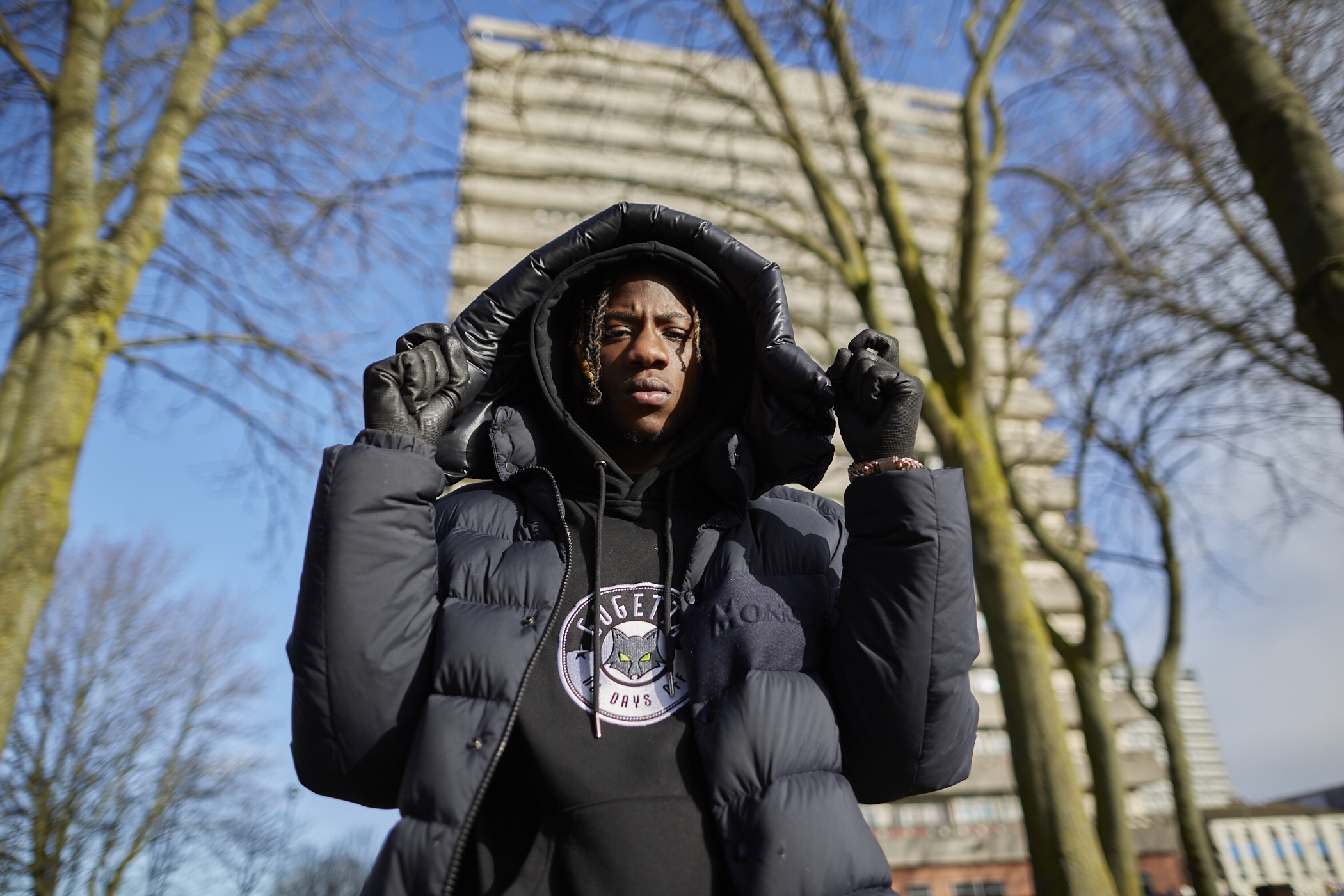 “Journalists, the police and the council, between 2002 and 2010 they did not want to know about grime – they wanted it dead,” says Tim. “They shut down everything they could, they shut down raves. [It was] the same, but different approach with what is happening with drill right now.”

Barry adds: “And you know in 10 years they are going to come for the drill guys and being like: ‘Can we get Skengdo and AM to do something in Brixton?’

“For us it’s about empowering these artists,” he continues. “It’s about challenging the usual representation photographically and through Ian’s words. We want to show these guys as artists – and they need to be celebrated.”

Get your copy of Woosh here 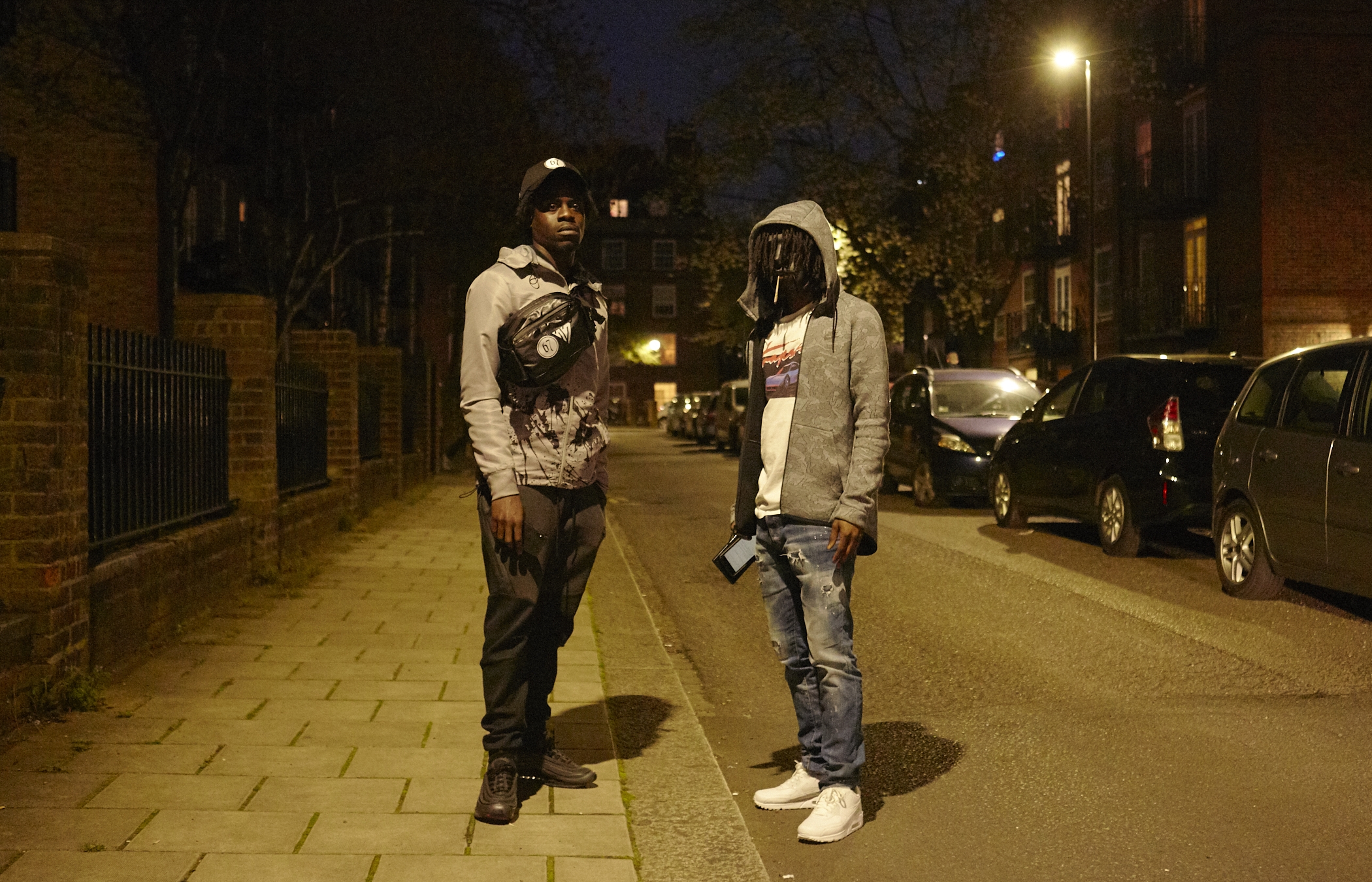 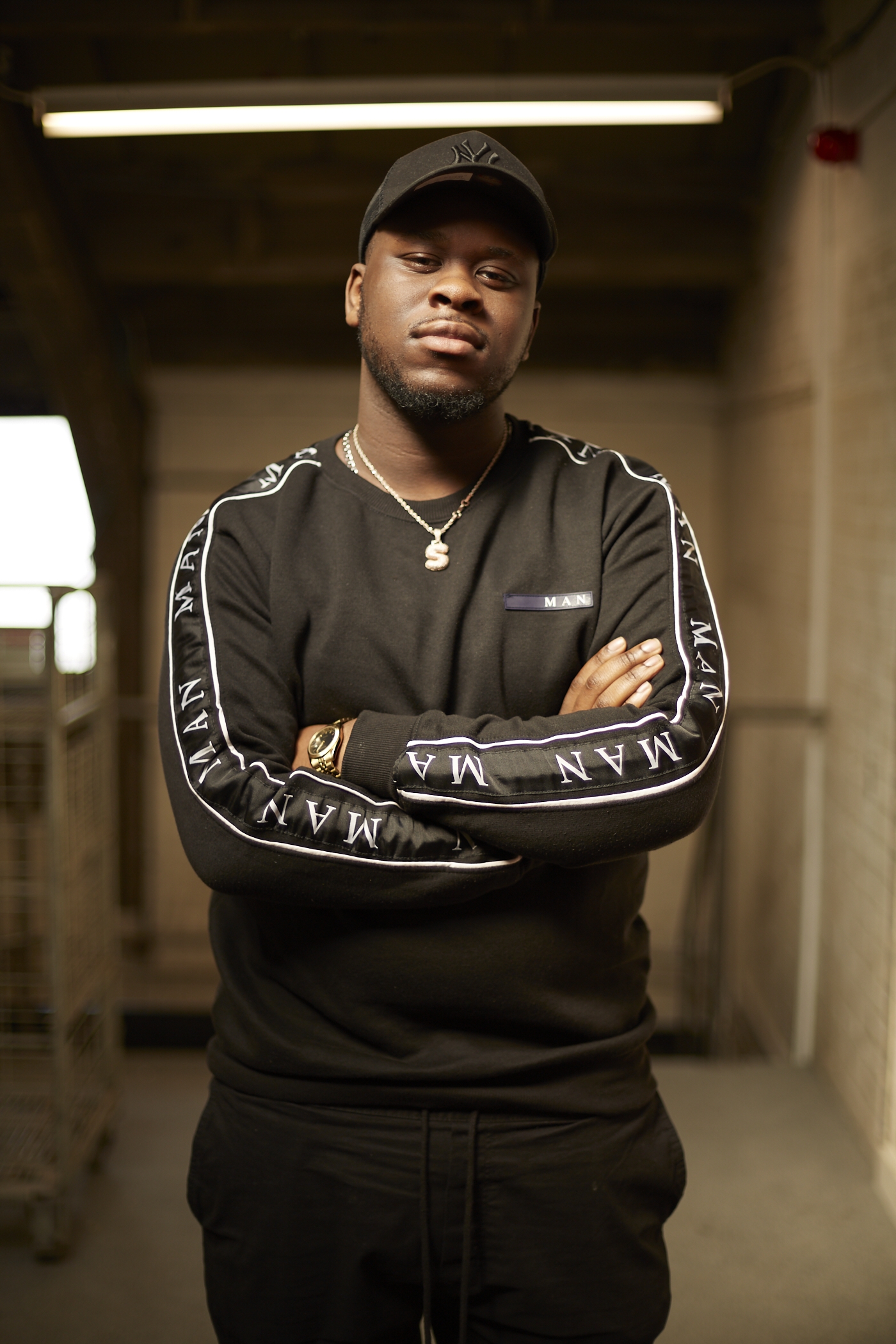 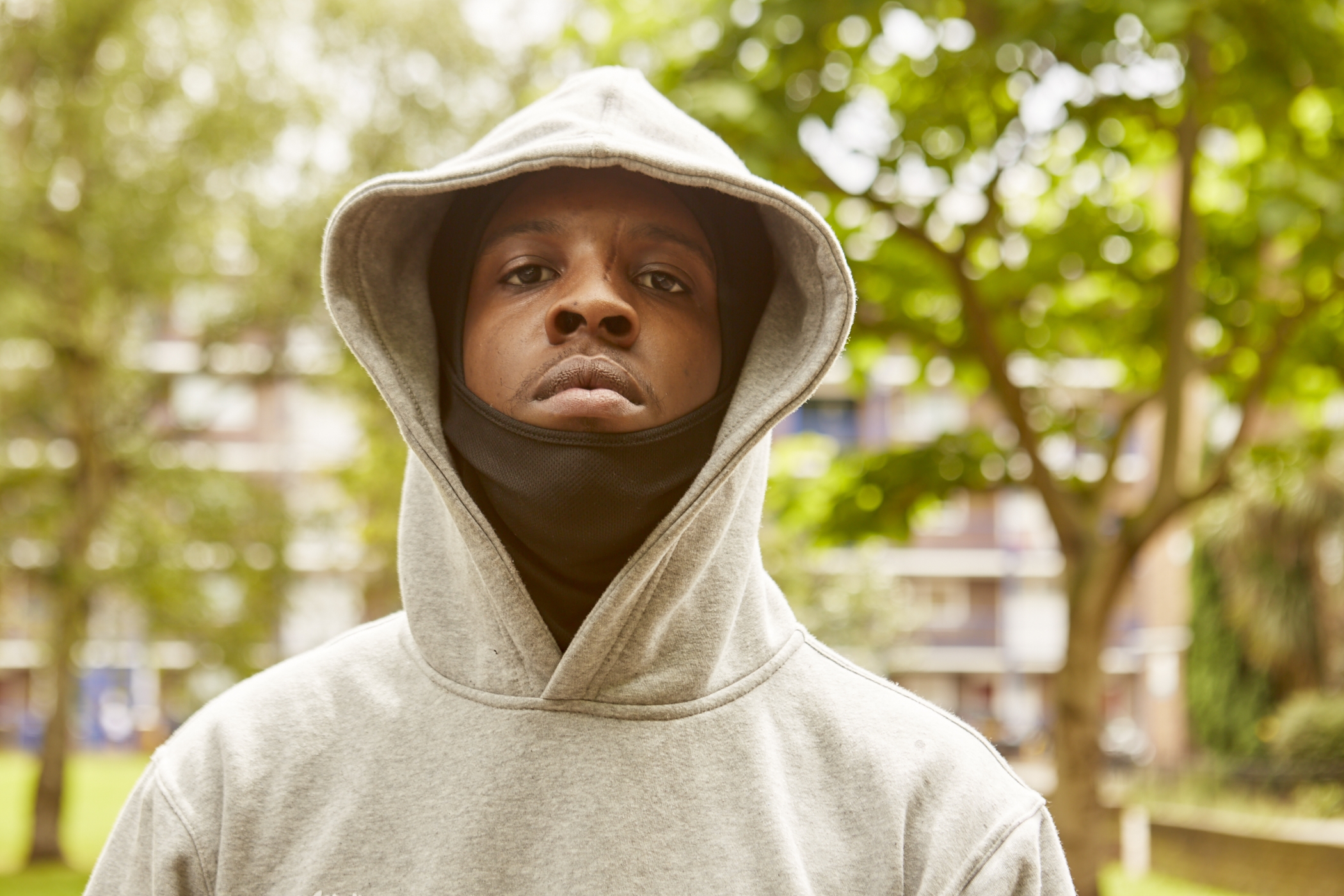 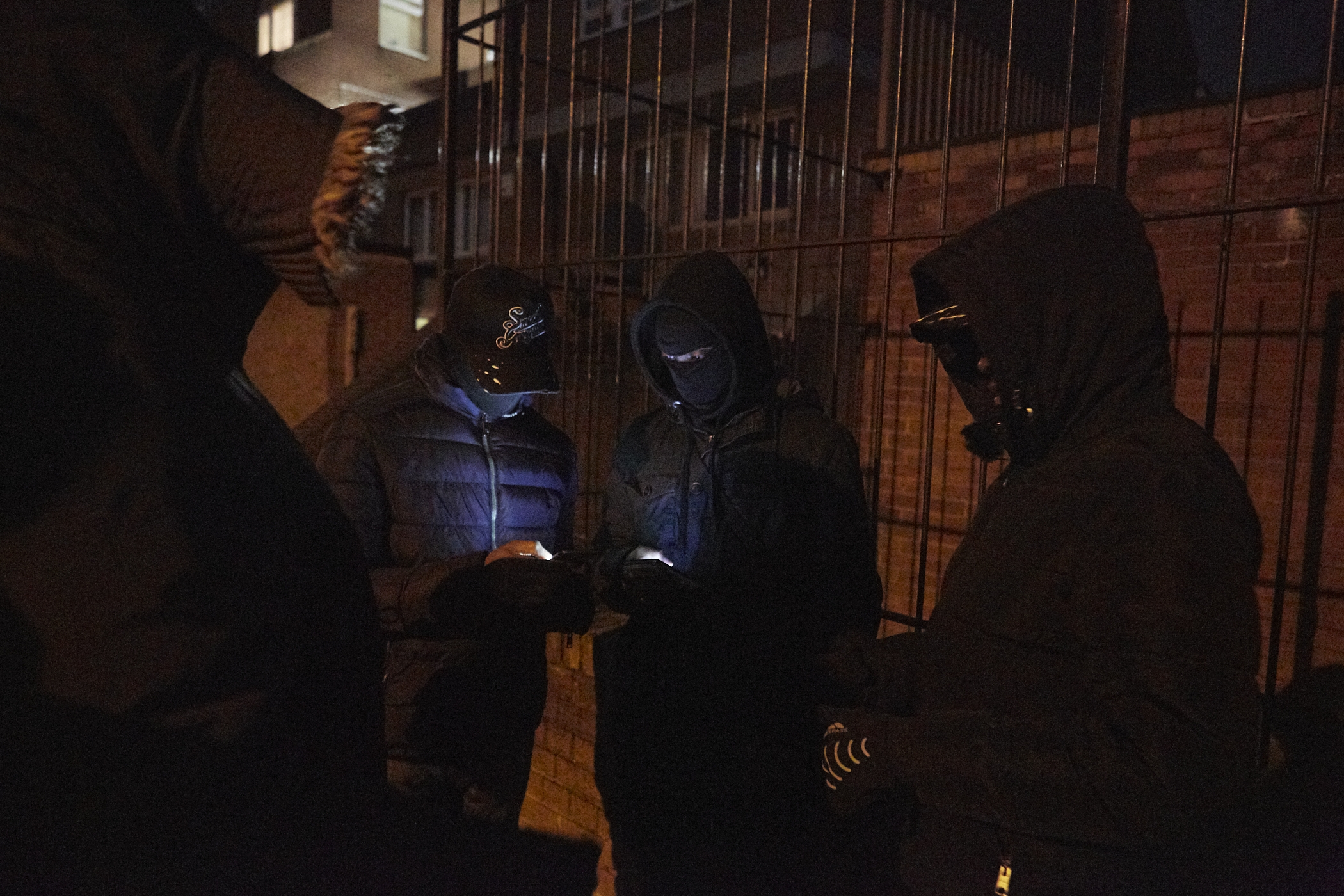 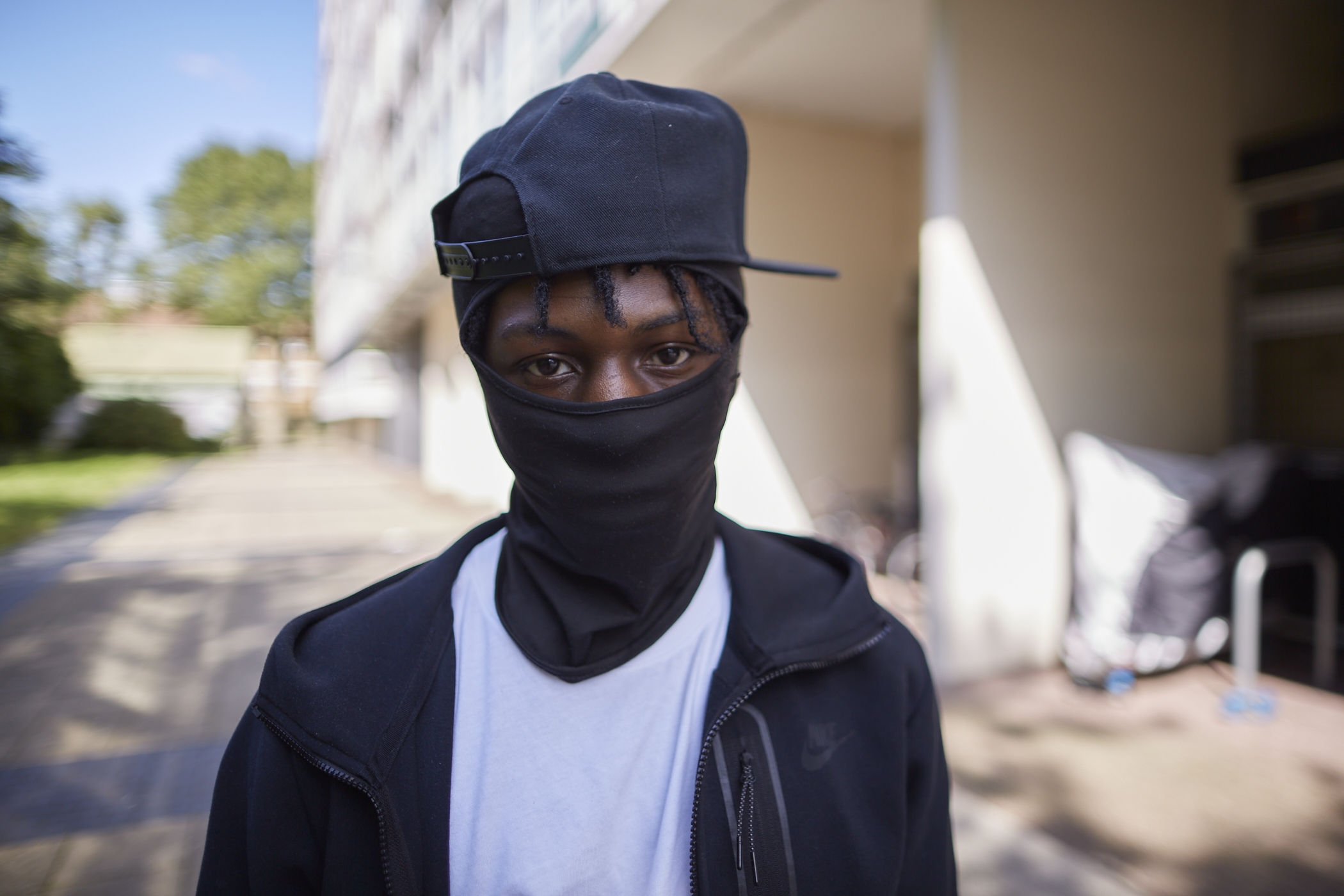 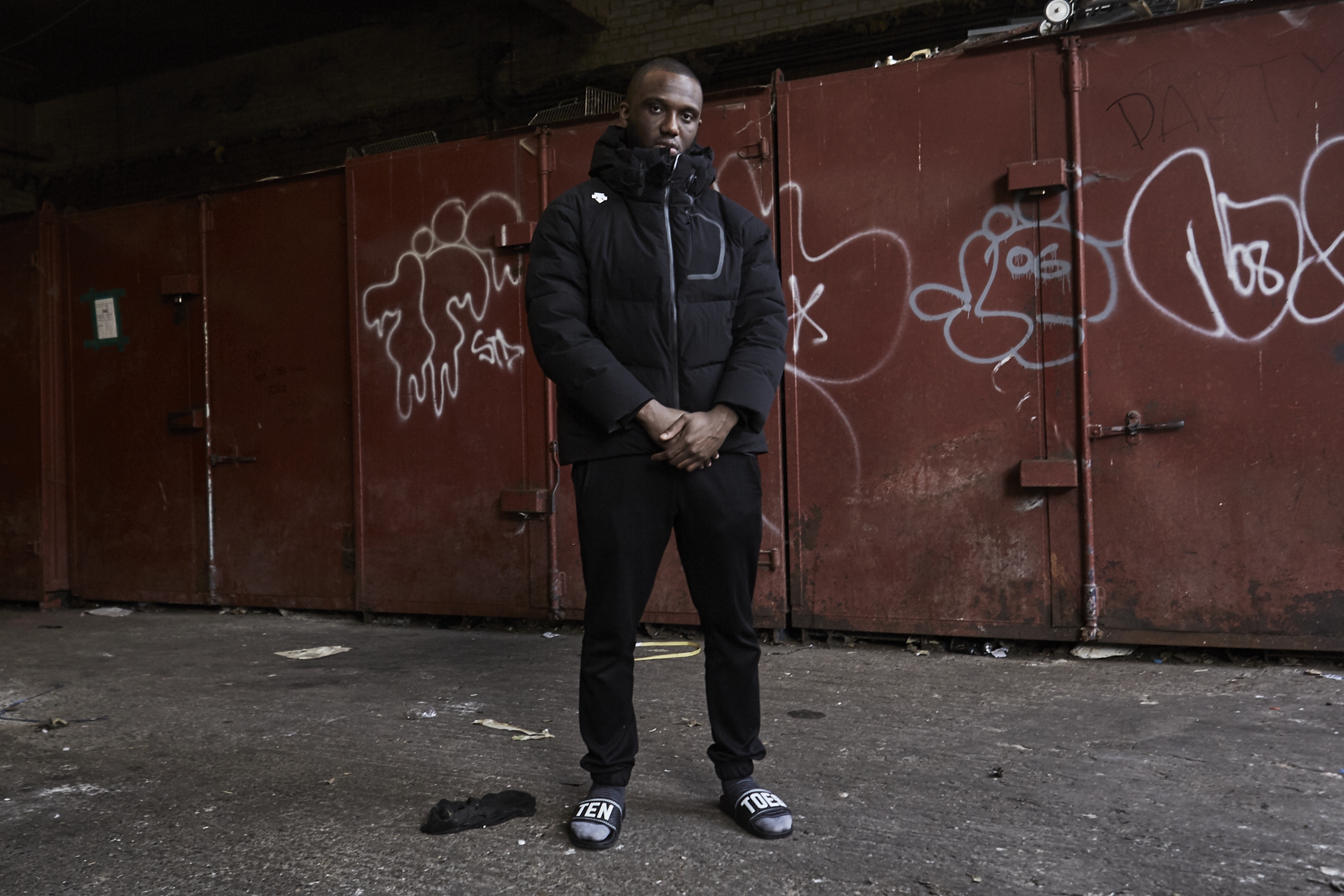